Barack Obama: Yes, We Can Dream

We have heard it in the news. We have read it in magazines. And we all have, I am sure, thought it ourselves: the election of Barack Obama to the office of President of the United States represents a fundamental change in inter-race relations in the U.S. And on this day, as we remember the […]

Faculty and students discussed the historical significance of the inauguration of Barack Obama during a program in the Z. Smith Reynolds Library on Jan. 20. Library director Lynn Sutton opened the discussion on “The Dream Realized? What Barack Obama’s Election Means to America”. Speakers included seniors Fred Parent, Jermyn Davis and Matt Triplett; professors Rhon Manigault and James Bryant; and and Wanda K. Brown, associate director of the ZSR Library.

An emergency medicine researcher at Wake Forest University Baptist Medical Center has just published the results of a three year study on the use of Tasers by law-enforcement officers. 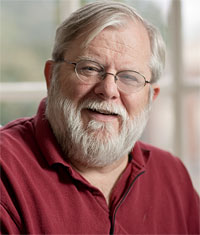 Barack Obama needs to incorporate the themes of the greatest speeches of the last half century in his inaugural address, according to communication professor John Llewellyn. He needs to convey Martin Luther King’s dream for national unity, John F. Kennedy’s dedication and selflessness, and Franklin D. Roosevelt’s courage and confidence.

WF vs Tigers in battle of unbeatens

Second-ranked Wake Forest takes its perfect record on the road to face undefeated Clemson, in a match up of two of the three remaining undefeated teams in the country.

Students to participate in Inaugural Debate

Seniors Odile Hobeika and Rohit Nath will join students from five other universities on Monday to debate the priorities of the Obama administration at a Smithsonian Institution event tied to the presidential inauguration.

Wake Forest has a long tradition of providing opportunity to young people, regardless of their families’ financial background. Read how the University intends to honor that commitment into the future in the latest Strategic Plan white paper.

Several professors and students will give their personal reflections on the inauguration of President Barack Obama during a program in the Z. Smith Reynolds Library following the inauguration on Tuesday. Are you going to the inauguration? Share your comments and photographs with Window on Wake Forest.