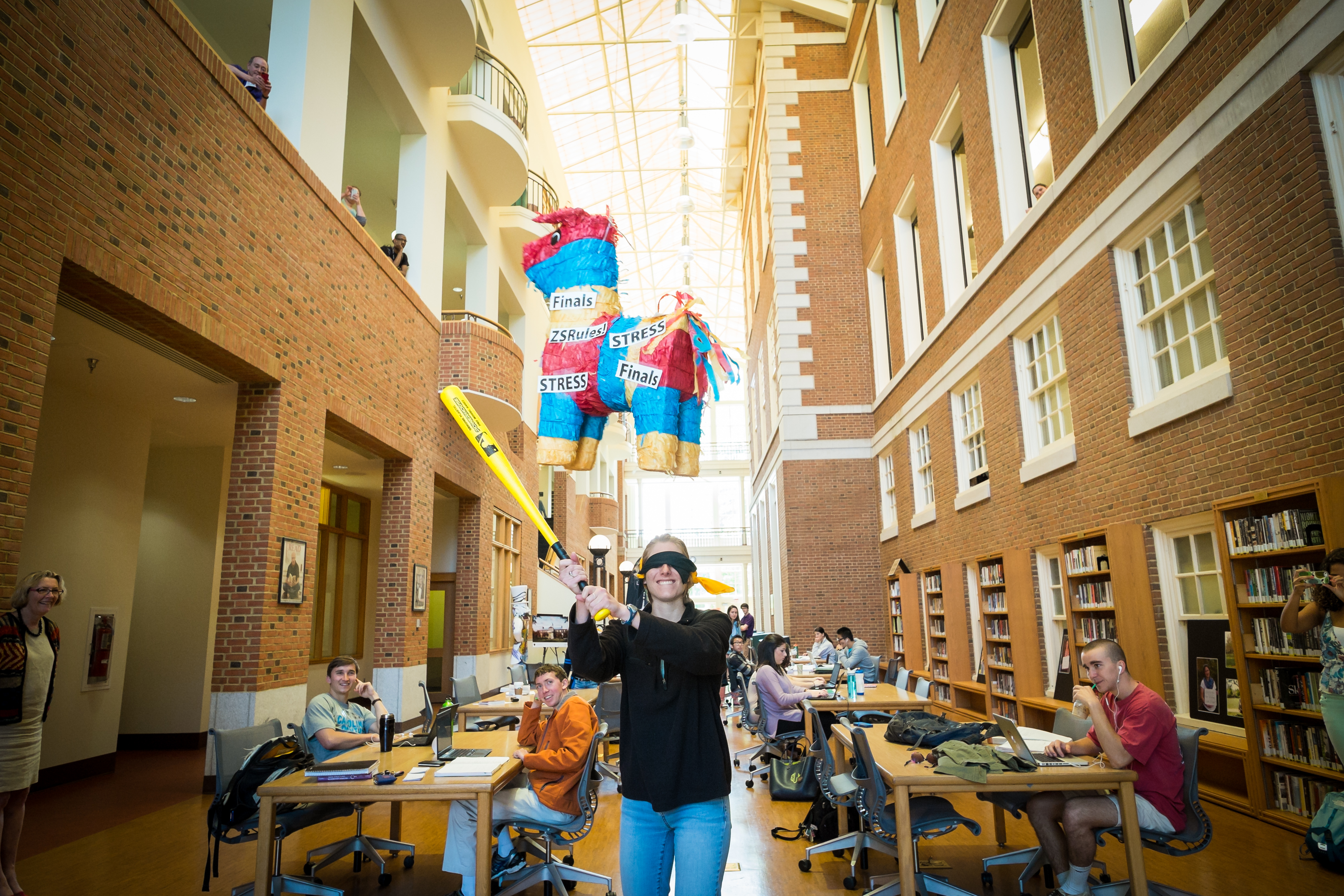 Keep calm and study on

Wake the Library provides students with all the resources they need for successful study sessions and creative ways to relieve stress.

With support from Blue Cross and Blue Shield of North Carolina (BCBSNC), Wake Forest University aims to transform the way college campuses approach wellbeing and become a model for others in higher education. A $3 million gift from BCBSNC will help Wake Forest create a campus community dedicated to wellbeing and support initiatives across eight […]

Stories this week at WFU

DIABETES: THE NEXT OBESITY-RELATED EPIDEMIC – Paul Ribisl, chairman of Wake Forest’s health and exercise science department who has been interested in obesity for more than 25 years, says the next obesity-related epidemic is adult-onset diabetes in children. With this month recognized as American Diabetes Month, he says statistics show an unprecedented 10-fold increase in Type […]

Wake Forest University nutrition expert Gary Miller says maintaining healthy eating habits during the holidays is as simple as asking one question. “Ask yourself if it’s worth it,” says Miller, an associate professor of health and exercise science. “Save your calories for the foods and drinks that you really enjoy.” Studies have shown that weight […]

The Wake Forest University graduate counselor education program was named the 1999 Robert Frank Outstanding Program, a national award of excellence from the Association for Counselor Education and Supervision (ACES). ACES also honored Samuel T. Gladding, the program’s director and a nationally-known figure in the counseling profession, with its 1999 Professional Leadership Award. ACES, a […]

With the start of fall classes, Wake Forest University marks the second year of an extensive campaign to enrich the learning experiences of undergraduates through new technology, classes, faculty and more. Take, for example, Olga Valbuena’s new Shakespeare seminar for freshmen this fall. Rather than taking students to London’s new Globe Theatre, she will bring […]

Stories this week at Wake Forest

Professor Traces Origins of Thanksgiving J. Edwin Hendricks, chair of Wake Forest’s history department, can trace the development of the Pilgrims’ first Thanksgiving feast in 1621 into an important national holiday. In 1789, George Washington proclaimed the first national day of Thanksgiving, says Hendricks. But it didn’t become an official holiday until 1863, when Abraham […]