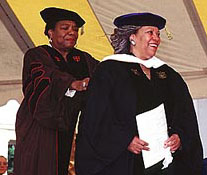 The honorary degree recipients were: