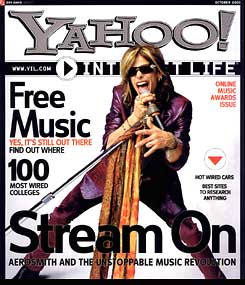 Wake Forest is the only North Carolina school ranked in the top 20.

The ranking and Web portal award are reported in Yahoo! Internet Life’s fifth annual feature on America’s “most wired colleges,” published in its October 2001 edition. The issue hits newsstands on Sept. 18.

Yahoo! Internet Life named Wake Forest’s Web portal, www.wfu.edu, the best in the group of 100 “most-wired colleges.” This award was based on the Web site’s “design and navigability, usefulness of admissions Web site, availability of an online application, availability of information for prospective and current students as well as parents, (and) online alumni resources.”

Supporting Wake Forest’s selection as top Web portal, Yahoo! Internet Life cited the university’s creation of a presidential debate Web site, which offered information about the Oct. 11, 2000 debate hosted by the university. The magazine recognized the debate site’s interactive elements including a moment-by-moment online rating of the Bush-Gore debate.

Yahoo! Internet Life has ranked Wake Forest among the country’s “most wired” schools in their annual survey since it began in 1997.

Wake Forest has been committed to innovative use of technology since 1996 when it launched a plan to enhance undergraduate education. One part of the initiative provided IBM laptop computers to all Wake Forest undergraduates. The university also wired all classrooms and residence halls, and many public areas, to provide students, faculty and staff with fast and easy Internet access. The university also launched online applications and registration, and made course schedules available online.

In 2000, Wake Forest began offering wireless access to the Internet and campus computing system through connections throughout the campus.