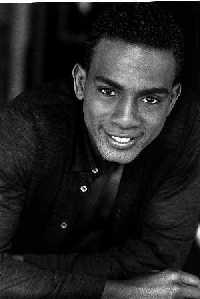 Comedian and actor Bill Bellamy will perform at 8 p.m. on Oct. 11 at Wake Forest University. The event, sponsored by the Wake Forest Student Union, will be held in Wait Chapel.

Tickets are $20 and go on sale Sept. 24. Tickets can be purchased at all Ticketmaster locations, online at ticketmaster.com, or by calling 722-6400. All seats are reserved.

Bellamy made his national television debut as a featured guest on “Showtime at the Apollo.” His act caught the attention of producers Bernie Brillstein and Russell Simmons, who signed him as a guest star of HBO’s “Def Comedy Jam.” His Showtime comedy special “Booty Call” became one of the network’s top-rated specials. Bellamy then hosted “MTV Jams” for five years.

As the voice of Skeeter in Nickelodeon’s action-comedy series “Cousin Skeeter,” Bellamy was nominated for a 2000 NAACP Image Award. He has starred in several films, including “The Brothers,” “Any Given Sunday” and “How To Be a Player.”