Poet Gerald Stern to give reading at Wake Forest March 5 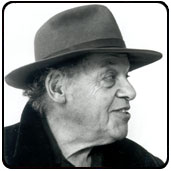 Poet Gerald Stern will read from his work at Wake Forest University March 5 at 5:30 p.m in Carswell Hall, Room 111. The event is part of the university’s Writers Reading series and is free and open to the public.

Stern, who has often been compared to Walt Whitman, won the 1998 National Book Award for his collected works. His 11th book of poems, “American Sonnets,” will be published this summer.

Stern has won the Lamont Prize, a Guggenheim Fellowship, three awards from the National Endowment for the Arts, the Ruth Lilly Prize and a fellowship from the Academy of Arts and Letters. He taught at many universities before retiring from the Writer’s Workshop in Iowa City in 1995.