Christman to retire as chaplain of WFU 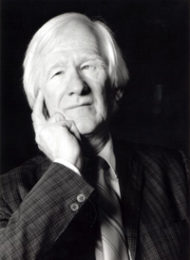 Edgar D. “Ed” Christman, who has served as chaplain at Wake Forest University since 1969 and has been affiliated with the university for more than 50 years, will retire July 31, 2003.

“Ed Christman is one of the Wake Forest ‘institutions’ whose tenure and influence have made him one of the most visible and beloved figures in our modern history,” Hearn wrote in his message to the university community. “Whether working with individual students or leading our public liturgical observances, Ed has influenced generations of Wake Foresters.”

Christman, 72, was a student at the university’s original campus in Wake Forest, N.C., earning a bachelor of arts degree in 1950 and a law degree in 1953. A “clear call to ministry” during his last months in law school led him to his long career at Wake Forest.

He says the university’s commitment to preparing students who are not only strong intellectually but also spiritually aware is the primary reason he has committed more than five decades of his life to Wake Forest.

“It’s been the quality of character and intellect of the students that I have enjoyed the most,” Christman says. “That has been God’s grace. It is a divine gift, as is the whole university.”

Christman followed his ministry calling in 1954, entering Southeastern Baptist Theological Seminary, and four months later he started working part-time as director of the Wake Forest Baptist Student Union and assistant to Chaplain J. Glenn Blackburn. In 1955, he was ordained a Baptist minister at Wake Forest Baptist Church. The following year, Christman made the move with the university to Winston-Salem and assumed a full-time position as assistant chaplain. The university moved to Winston-Salem in 1956, opening the new campus in time for fall classes.

In addition to his Wake Forest degrees, Christman holds the bachelor of divinity degree from Southeastern and the master of sacred theology degree from Union Theological Seminary in New York. He has been the chaplain at Wake Forest since 1969.

In his 33 years as chaplain at Wake Forest, Christman has counseled students, faculty and staff from a variety of backgrounds. He has been one of the most visible members of the university community for more than five decades. He says he is most proud of his work supervising the Campus Ministry program, coordinating plans for the annual Christmas Love Feast and organizing the annual pre-school retreat. The retreat is offered each year as an informal orientation for new students during which students, faculty and campus ministers lead programs that help ease the transition into college life.

The university has undergone several changes during its first half-century in Winston-Salem, Christman says, and he is starting work to organize the documents and items he has accumulated over the years. He plans to spend more time with his family and continue teaching Sunday school at Wake Forest Baptist Church.

“First, I am going to spend a good deal of time collecting, filing and analyzing all of the material I have accumulated over the years,” he says. “A lot of these items will go into the university’s archives. I assume there is a period of adjustment one goes through in which you have to disengage, but I plan to stay in touch with the friends I have made here. I’ll be around.”