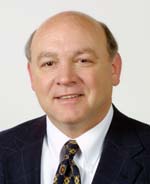 Coalition leaders in Iraq should move swiftly to address humanitarian needs and lawlessness, but Wake Forest University Islam expert and author Charles Kimball cautions that leaders should be skeptical of promoting relief efforts carried out by groups with a limited history in the Middle East or with highly visible Christian leaders who have been sharply critical of Islam in the past.

“In the last week there has been a lot of controversy around people like Franklin Graham and Pat Robertson getting involved with humanitarian efforts in Iraq,” says Kimball, professor and chair of the religion department at Wake Forest. “While the U.S. government is clearly saying this war is not about Islam and Christianity, there are some real danger points raised by the involvement of prominent Christians who have been highly visible in their sharp criticism of Islam. That would very likely produce a strong backlash in the Islamic world. While people here may forget what Pat Robertson and Franklin Graham and others have said about Muslims, people around the world haven’t and those words keep reverberating.”

Kimball, an ordained Baptist minister and author of the award-winning 2002 book “When Religion Becomes Evil,” says that as opportunities for humanitarian assistance develop, priority should be given to international groups like the International Committee of the Red Cross and to groups that have a clear connection to the indigenous population.

In addition, Christians engaged in humanitarian relief efforts in Iraq should be respectful of the people and their religion, Kimball says. He cautions that overt efforts to proselytize or convert Muslims are prohibited in many Muslim lands and illegal in Israel.

“Christian organizations engaging in relief and development efforts in Iraq would do well to pursue those efforts in close consultation with indigenous Middle Eastern Christians,” Kimball says. “There are more than 16 million Arabic speaking Christians in the Middle East today, including a variety of churches in Iraq. Working together with Christians who have lived together with Muslims and others for centuries can both help meet human needs more effectively and, perhaps, provide constructive models for cooperation in our increasingly interdependent, multi-religious world community.

“When in doubt about what might be most appropriate in a given situation, the “Golden Rule” is a reliable standard. Imagine yourself in a dire situation for which Muslim organizations were coming in to assist. How would you wish to be approached and treated by people who ostensibly were there to meet the basic human needs of you and your family?”

Kimball is also the author of “Striving Together: A Way Forward in Christian-Muslim Relations and Religion,” “Politics and Oil: The Volatile Mix in the Middle East” and “Angle of Vision: Christians and the Middle East.” From 1983 to 1990, he was the director of the Middle East Office at the National Council of Churches, based in New York. He has visited the Middle East more than 35 times, and he has worked closely with Congress, the White House, and the State Department during the past 21 years.