The university presented honorary doctor of laws degrees to Bloomberg and to Martha W. Barnett, partner in the law firm Holland & Knight and chair of the firm’s directors’ committee. Barnett delivered the hooding address for the Wake Forest School of Law May 18.

Richard Carmona, 17th surgeon general of the United States, and Eric Olson, chairman of molecular biology at the University of Texas Southwestern Medical Center and a graduate of Wake Forest, each received an honorary doctor of science degree. Carmona delivered the hooding address for the Wake Forest School of Medicine May 18. 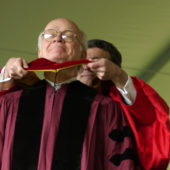 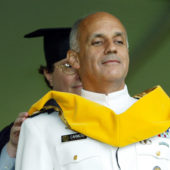 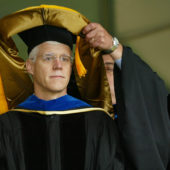 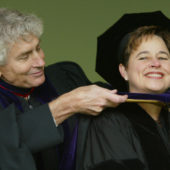 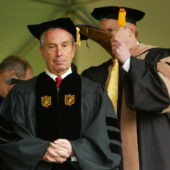