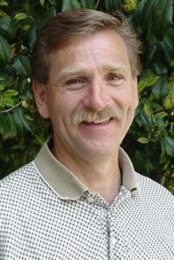 The new adage sums up the results of the university’s Cardiovascular Health and Activity Maintenance Program (CHAMP). The study compared standard exercise training in older adults with cardiovascular disease to a group-mediated intervention that used cognitive/behavior counseling. The results, published in the July issue of Health Psychology, suggest that using behavior counseling to teach older adults to add physical activity into their lives leads to better long-term outcomes than standard exercise therapy.

Researchers say the results may mean big changes in how programs across the country approach cardiac rehabilitative therapy.

“We’re suggesting that these results be an enhancement to current exercise programming for cardiac rehabilitation and other traditional exercise approaches for older adults,” said Jack Rejeski, Wake Forest Professor of Health and Exercise Science and an expert in health psychology.

“Despite the fact that structured exercise is the cornerstone of treatment in rehabilitation of cardiovascular disease, most insurance carriers support time-limited therapy,” said Rejeski, director of Wake Forest’s behavioral physiology laboratory who has researched and taught at the university since 1978. “Traditional rehabilitation provides neither the motivation nor the instruction for these patients to continue treatment when their time is up, so they quickly revert to old behaviors.”

Rejeski and other researchers worked with two groups of approximately 75 men and women that each met for a total of 36 contact hours, the typical length of treatment covered by insurance companies. The first group followed the more traditional center-based program, exercising together one hour three times a week for three months and receiving mini-lectures on various cardiovascular disease rehabilitation topics. Exercise consisted of a five minute warm-up, 30-35 minutes of brisk walking, and 15-20 minutes of upper-extremity strength training that included 10 repetitions each of overhead dumbbell press, triceps extensions, bicep curls, rows and side bends. Their treatment was complete after three months.

The second group exercised twice a week for one hour for the first two months using the same exercise routine as group one. However, for this group, each exercise session was followed by 20-25 minutes of group-based instruction and counseling that taught skills needed for self-regulatory maintenance of physical activity. Participants discussed motivations for becoming more active, set goals for their exercise level and were taught how to use pedometers, a self-monitoring device that measures steps taken.

In the third month, the group exercised together for just one hour per week and continued to participate in behavior counseling. During months four through nine, the group met once a week for 30 minutes and received newsletters and phone counseling from instructors. Although each group received the same amount of contact hours, the second group was weaned from the program over a longer period of time.

At the final assessment, measured 12 months after the study began, participants in the group-mediated intervention were exercising more on a weekly basis and had better levels of fitness than those assigned to traditional exercise therapy.

“The results of this study offer clear evidence that teaching older adults how to integrate physical activity into their lives through a group-mediated behavioral intervention leads to improved physical activity,” said Rejeski.