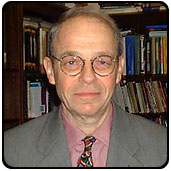 Steven Brams, author of the book “The Win-Win Solution” and professor of politics at New York University, will give the lecture “Is There a Better Way to Elect a President?” at 7 p.m. Sept. 11 in Wake Forest University’s Brendle Recital Hall.

The free, public lecture is the first in a series of events planned for the 2003-2004 academic year as part of the celebration of the theme “Fostering Dialogue: Civil Discourse in an Academic Community.” The theme is designed to help the community explore how free people with passionate interests and beliefs can communicate openly without turning dialogue into discord.

Brams, a game theory expert and political analyst, has done extensive research in the areas of dispute resolution and alternative methods of voting. He is an advocate of an alternative method of voting known as approval voting which allows voters to vote for as many candidates as they find acceptable.

“Elections can be viewed as games among the candidates for example, but the voters play games too,” Brams says. “They vote strategically and not always for their first choice. In the 2000 elections, some Nader voters switched to Gore. It was not enough for Gore to win obviously, but that’s where strategy comes into play. Game theory is really a mathematical theory of strategy.”

In addition to discussing alternative voting methods, Brams will lead a discussion at 11 a.m. the same day for faculty and advanced students in room 145 of Greene Hall that addresses his work on dispute resolution. The lecture will draw on material from his book “The Win-Win Solution,” which promotes a system called adjusted winner. The earlier lecture is open to the public, but will include deeper discussion of mathematic principles. Both talks are sponsored by the departments of mathematics, economics and political science and the theme year committee.

“The idea is that you have several issues in a dispute, several goods you are trying to divide up in a satisfactory manner,” Brams says. “There are procedures that can help people resolve disputes, and the one we recommend is particularly simple, and we apply it to everything from divorce to international border disputes.”

Brams is the author of several books on the topics of dispute resolution and game theory and its applications, including “Biblical Games: Game Theory and the Hebrew Bible,” “Fair Division: From Cake-Cutting to Dispute Resolution” and “Theory of Moves.” He holds a doctorate in political science from Northwestern University and a bachelor’s degree in politics, economics and science from the Massachusetts Institute of Technology.