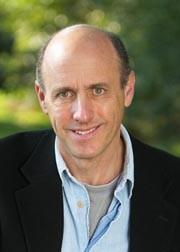 Forty years after the assassination of President John F. Kennedy, a new book by a Wake Forest University art professor explores famous images of Kennedy and his family and their connections to American culture.

David Lubin, Charlotte C. Weber Professor of Art at Wake Forest, is the author of “Shooting Kennedy: JFK and the Culture of Images” (University of California Press), scheduled for publication in early November.

“The Kennedy images derive their power in good measure from their ability to activate latent memories of other powerful images in the histories of art and popular culture,” Lubin says.

Lubin draws from Hollywood films, TV sitcoms, neoclassical painting, modern art and designer fashion to show how the public came to identify personally with the Kennedys. He places the best-known photographs and film images of the president and his family in historical and cultural context and uses them to examine postwar America.

He connects, for example, the famous Zapruder film of the shooting in Dallas to a host of cultural touchstones of the era, ranging from the 1950s home-movie boom to the Hitchcock films “North by Northwest” and “The Birds.” Lubin sees in Zapruder’s 26-second film the sudden transition from the romantic, idyllic era that preceded the assassination to the dark period of American history that followed.

“It became our cultural referent—the moment when the lights went out in American history,” Lubin says.

“These photographs are indelibly marked on our consciousness because they draw so heavily on popular culture,” says Lubin, who began the book after teaching a seminar at Wake Forest in spring 2000 on important photographs of the 20th century.

Lubin touches on everything from the classical symbolism of the red roses Jackie Kennedy carried when the pair arrived at Love Field to father/son images of JFK and John Jr. in Look magazine and their connections to Andy Taylor and Opie in the “The Andy Griffith Show.”

He compares famous images of Jack and Jackie Kennedy sailing at Hyannis Port with a Winslow Homer painting and links a photograph of Jackie and her two children taken after the funeral mass to the Altar of the Augustan Peace, a marble monument commissioned by the Roman Senate in 13 B.C.

He follows the cultural threads that help explain why the images of the Kennedys included in the book have become larger than life and continue to have an extraordinary power to captivate.

“Our perceptions of JFK and his era, not to mention our own, rely entirely upon endlessly replicated and infinitely elastic chains of images from art, literature, and the media that constantly inform us, often in contradictory ways, of who we are, who we ought to be and where we belong,” Lubin writes.