Wake Forest University’s Department of Music launches the 2004-2005 year with six concerts slated for September and October. All concerts are free and open to the public.

Classical guitarist Christopher Berg will perform a guest recital at 8 p.m. Sept. 16 in Davis Chapel. Berg, who is a professor of music at the University of South Carolina, will perform pieces by Manuel Ponce, Isaac Albeniz and Enrique Branados as well as rarely played transcriptions by Francisco Tarrega of music by Bach, Haydn and Mozart. Berg will also perform “Lullaby Blue” from “The Pilgrim Forest,” his recording of original compositions for guitar.

This annual concert will feature the Wake Forest Concert Choir and the Collegium Vocal Ensemble, a small student ensemble devoted to performing music from the Middle Ages, Renaissance and Baroque periods.

Carlos Perez, an internationally-known, virtuoso guitarist, will perform. Perez is an award-winning musician that has played with several orchestras in England, Belgium, Portugal, Russia and Chile and performed recitals in more than 20 different countries, including the United States. This concert is co-sponsored by the department of music and the Center for International Studies.

The concert will highlight the talent of Wake Forest’s best student musicians. The students are chosen by the music faculty to participate based on their performances during the past year. Performers will include Chris Seal on guitar; mezzo-soprano Amanda Castellone; Sasha Gee Enegren on bassoon; and Jeevan Chelladurai on piano. 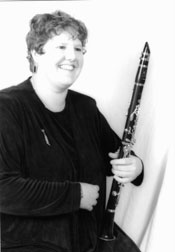 An unpredictable annual event, the Midnight Halloween Concert, is a special event full of “tricks and treats.” The concert will feature the Wake Forest University Orchestra playing excerpts from music they will perform in future concerts, while special guests dressed in Halloween costumes interrupt the performance to amuse, shock and scare both the audience and the musicians.