TAKE THE HO, HO-HUM OUT OF HOLIDAY LETTERS — Year-in-review letters accompanying Christmas cards have become a popular way to maintain connections with friends and family who have fallen out of touch. As the trend has emerged, so has the fact that in an age of e-mail and cell phones, many people today struggle with the art of letter writing. John Llewellyn, associate professor of communication at Wake Forest, says four “YULE” rules can help you compose engaging, thoughtful letters that loved ones will look forward to reading every year.

HAPPIER HOLIDAYS FOR DIVORCED PARENTS AND THEIR CHILDREN — 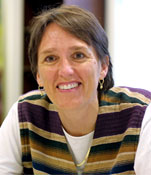 Planning ahead and staying positive can lead to happier holidays for divorced parents and their children, says Christy Buchanan, associate professor of psychology at Wake Forest. Work out holiday plans as far in advance as possible, so children and parents will know what to expect, suggests Buchanan, co-author of the book “Adolescents after Divorce.” Be flexible and creative in coming up with new ideas and traditions, she says. Children of divorce often say they feel caught when they have to choose, she says. “Let children have input, if they want it, but don’t put it all on their shoulders, she says. “Try not to be defensive if a child wants to spend time with the other parent.” Parents who know they will spend a holiday away from their kids should try to do something positive for themselves, she says. “Don’t be in a situation where you are home alone on Christmas Day because you didn’t plan ahead,” Buchanan says. “Make sure you’ve got something to do that will bring you some happiness. Plan a special trip. Plan to spend time with other friends or family.” Showing respect and concern for an ex-spouse by at least refraining from doing/saying negative things is helpful for children of divorce any time, but can be particularly important during the holiday season.

FUN SCIENCE IDEAS FOR KIDS AT CHRISTMAS — Barbie and Spiderman will be popular gifts for children this Christmas, but Angela King, a senior lecturer in the chemistry department at Wake Forest, says parents should also consider science or math-related gifts that are fun and educational. Items that top her list include all building toys like the always popular LEGO sets or the more flexible K’Nex or magnetic geometric building sets like Magz; kits for growing crystals; fossil dig sets that include small plastic models of fossilized bones embedded in a mud brick and digging tools; magnifying lenses; wooden geometric blocks, which help kids develop spatial reasoning, size recognition and pattern replication; weather stations; and pump rockets and balloon rockets, which teach children concepts of air pressure and Newton’s Laws. “Excitement provides motivation for mastering skills needed not just to make discoveries that impact the world, but also to function well in our technology-based society,” King said. “The best way to get kids interested in science and math is to have them actively engage in thinking and hands-on manipulations, but that doesn’t rule out fun.” King, who leads the SciMax Summer Enrichment Institute at Wake Forest each summer for rising high school students, said that subscriptions to science or nature magazines like Ranger Rick published by the National Wildlife Federation also make great gifts.

WHAT MAKES A HOT TOY, HOT? — Cabbage Patch Kids. Tickle-Me-Elmo. Furby. All three had parents lining up outside stores before the crack of dawn on “black Friday,” but were relatively unknown just three months earlier. What makes a toy become the “must have” gift of a particular holiday season? “It’s a three-pronged phenomenon — the three P’s’ of holiday hype,” says Sheri Bridges, associate professor of marketing. Bridges describes the three “P’s” as follows: Promotion on the part of manufacturers and retailers, Peer pressure from other children who talk about what they want Santa to bring, Pestering parents to ensure that this year’s “it” gift is under the tree on Christmas morning.

gain weight during the holidays, but that doesn’t mean you have to completely bypass the Christmas cookies and eggnog, says Gary Miller, nutrition expert and associate professor of health and exercise science at Wake Forest. Planning and moderation are key to keeping off the pounds while enjoying the holidays, Miller says. “Plan your day. If you know you are going to have a big dinner, watch other meals — but don’t simply skip those other meals totally,” he says. Miller also suggests filling up on vegetables; trying fruit-based desserts; watching for hidden calories in alcohol, appetizers and desserts; and increasing or maintaining your level of physical activity. What should you do if you give in and eat too much of a high-calorie treat? “One overindulgence won’t make or break you,” says Miller. “Enjoy the foods, but limit consumption at other times.”Contact: Maggie Barrett, barretmb@nullwfu.edu or 336-758-5237.


HOLIDAY FILMS: BEYOND “IT’S A WONDERFUL LIFE”AND “A CHRISTMAS STORY” — These two films may be the first that spring to mind during the holidays, but film expert and critic Mary Dalton says two of her favorite holiday movies are lesser-known films: “Christmas in Connecticut” and “The Bishop’s Wife.” Both are romantic comedies from the 1940s that offer the same sentiments we associate with Frank Capra’s classic and the story of a little boy’s wish come-true. “Producers have taken the story of a Christmas miracle and secularized it so often and in such a personal way that we harbor expectations that our dreams will be magically fulfilled over the holidays,” says Dalton, assistant professor of communication. “These Christmas movies (“Christmas in Connecticut” and “The Bishop’s Wife”) are no exception.”Contact: Maggie Barrett, barretmb@nullwfu.edu or 336-758-5237.