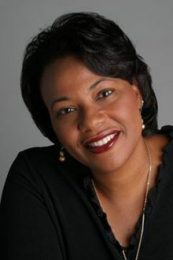 This is the fifth year Wake Forest has collaborated with Winston-Salem State to present a series of events surrounding Martin Luther King Jr. Day. The two schools have a joint planning committee and the schools alternate hosting the shared celebration.

For the 2006 celebration, King will present the keynote address “On Common Ground” at 7 p.m. in Wait Chapel on the Wake Forest campus. The event is free and open to the public.

“Both of our campuses are truly invested in ensuring that King’s dream is alive at Winston-Salem State and Wake Forest University as well as in the surrounding Winston-Salem community, and this partnership provides a wonderful avenue for us to achieve this goal,” said Kendra Stewart, assistant director of Multicultural Affairs at Wake Forest and an organizer of the week’s events.

King began her public speaking career at age 17 when she addressed the United Nations in her mother’s place. An ordained minister, she is the author of “Hard Questions, Heart Answers,” a collection of her sermons and speeches.

King has spoken at the White House and in venues across the United States and abroad. A graduate of Spelman College, she holds a master of divinity and law degrees from Emory University. She worked as a law clerk in the Fulton County Juvenile Court system.

She has served as mentor to fifth grade girls at an inner-city Atlanta elementary school. She has coordinated non-violent conflict resolution conferences, taught a year-long leadership development course at an Atlanta church and conducted a class on race relations at Mississippi College.

King has been featured on such shows as “Oprah,” “BET Talk with Tavis Smiley” and the “Judge Hatchett Show.”

In addition to King’s speech, the program will also include performances by Winston-Salem State vocal and dance ensembles, the Wake Forest Gospel Choir and a spoken word performance by Wake Forest junior Terryl Dozier. 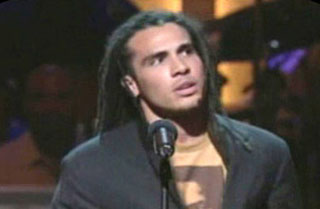 “It is definitely an honor that Bernice King agreed to be this year’s keynote speaker, not solely due to who her father is but also based upon her own worthy accomplishments and experiences,” Stewart said. “Her involvement in this event reminds us not only of the wonderful legacy of Dr. Martin Luther King Jr., but also of his words of unity that resonated when he spoke in Wait Chapel in 1962.”

Several other events marking the week of Martin Luther King Jr. Day also are open to the public.

New York-based poet Ove will recite his poetry Jan. 12 as part of the “Can I Poet” spoken word series. The event will begin at 7 p.m. in Benson University Center’s Shorty’s and also will feature an open mic session for other poets. Admission is free.

On Jan. 13, the “Nine STEPS Closer to the Dream” step show will showcase teams from each of the “divine nine” historically black fraternities and sororities from colleges across the East Coast. The show will begin at 8 p.m. in Brendle Recital Hall. Tickets are $7 in advance; $10 at the door.

The 8th annual MLK Invitational Basketball Tournament, sponsored by Wake Forest Campus Recreation and the Office of Multicultural Affairs will begin at 1 p.m. Jan. 14 in Reynolds Gym. Men’s and women’s teams from the following universities will compete: Wake Forest, Winston-Salem State, Johnson C. Smith, the University of North Carolina at Greensboro and North Carolina A & T. Admission is free. 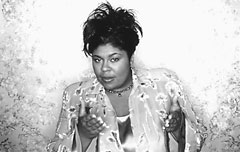 On Jan. 15, the Martin Luther King Jr. GospelFest will feature national Gospel recording artist Kim Burrell. Burrell’s most recent CD is “Try Me Again.” The Wake Forest Gospel Choir and WSSU’s Inspirational Voices singing group will also perform. The concert will begin at 4 p.m. in Brendle Recital Hall. Admission is $3; free to students with an I.D.

Micah Andrews, a Wake Forest football player and theatre major, will read Dr. King’s “I Have a Dream” at 5:30 p.m. Jan 16 in the atrium of the Z. Smith Reynolds Library.

Bernice King will speak again at the Wake Forest Divinity School Convocation at 11 a.m. Jan. 17 in Wait Chapel. Admission is free. From 1-2 p.m., King will also do a book signing at Diggs Gallery on the Winston Salem State campus.

On Jan. 18, a Wake Forest student group, Visionaries of Integration Creating Equality (V.O.I.C.E) will sponsor a screening of the civil rights documentary “Eyes on the Prize” at 7 p.m. in Benson University Center’s Pugh Auditorium. Admission is free.

At 11 a.m. on Jan. 19, the Rev. John Mendez, pastor of Emmanuel Baptist Church in Winston-Salem, will speak during an 11 a.m. chapel service in Wait Chapel.

“By Winston-Salem State and Wake Forest traditionally planning this event together we support the dream that Dr. King had which was to come together as a community on one accord and support one another,” said Dale Williams, director of student activities at Winston-Salem State who served on the planning committee.