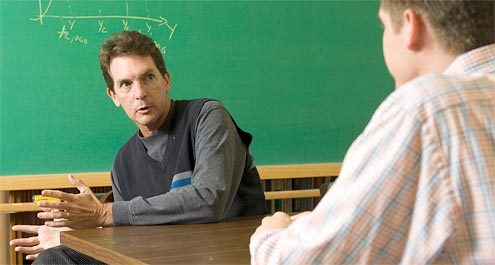 Michael Lawlor: Barack Obama may have to adopt a piecemeal approach to health-care reform, given the current political and fiscal realities.

By Michael Lawlor
Professor of Economics

The United States health-care system displays two overwhelming characteristics that need reform by Barack Obama’s historic administration. First, we spend far more as a nation on health care, and get less for it in demonstrable health outcomes, than any other modern nation. Second, it is a shame and a failure on a grand national scale that despite this high spending, 47 million American citizens are uninsured for health care.

Obama ran and was elected primarily on the basis of his promise to remedy the second issue, moving us as a country toward universal health insurance. I will say no more about the first issue because Obama has not proposed any serious plans to deal with this problem. But soon the rising cost of Medicare will force the American people to deal on some level with this issue.

When he first began his campaign, Obama did not anticipate the competing fiscal and political costs of the unpredictable economic crisis that he now faces. What can we expect as he attempts health-care reform in this difficult context?

Obama will first reach for low-hanging fruit to make changes that will be fairly easy to accomplish with the cooperation of Congress and the mandate the American people have given him. Such changes are likely to consist of the following. First, an Obama administration can be expected to sign into law a bill already passed by Congress and vetoed by President Bush: the expansion of the State Children’s Health Insurance Program.

Second, he can be expected to revisit the Medicare prescription drug bill’s prohibition on Medicare negotiating directly with drug companies for lower prescription drug prices. Third, his administration is likely to abandon the efforts made by the Bush administration to subsidize private insurance for Medicare enrollees in the Medicare Advantage program. Many studies have shown that blind allegiance to private markets actually costs the Medicare program more per participant than does the government-provided method of covering elders directly.

This piecemeal approach is less than a full-scale reform plan for the health-care sector, but is more in accordance with the political and fiscal realities that a first-term Obama administration will face. Some current political calculations suggest, however, that Obama may invest more of his mandate on further steps toward health-care reform.

One step viewed as critical by many experts is the need for an individual mandate for health insurance. Obama shied away from an individual mandate for adults in his campaign. Nevertheless, a mandate has the undeniable benefit of strengthening employer-based risk pools with young, healthy adults and thereby lowering premium costs for subscribers. This step begs the question, though, of which level of government (federal or state) would subsidize those workers who might not be able to afford a mandated level of coverage.

Some combination of the above will likely suffice to exhibit a down-payment on President Obama’s previous promises on health-care reform. If so, this could delay more fundamental reform of the health care system to a later time. Whenever such an attempt at more fundamental reform occurs, though, look for Obama to seek to avoid the mistakes made by President Clinton after similar campaign promises to deliver health-care reform were made in 1992.

As opposed to that failed effort, look for an Obama administration to rely on a wide diversity of expert and political opinion as he shapes legislation. Look for him to keep the process by which such legislation is fashioned open and transparent to the American public. Lastly, look for a more pragmatic employment by an Obama administration of attempts to reach out to opposing political interests for the political support that such major reform will necessitate.

Michael Lawlor is also director of the undergraduate program in health policy and administration, and a research associate in the department of public health at the Wake Forest University School of Medicine.