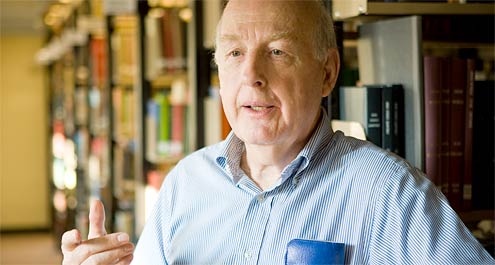 Professor Emeritus of Political Science Jack Fleer is an expert on North Carolina politics and has written extensively on North Carolina’s governors, most recently in his 2007 book, “Governors Speak.”

The voters have spoken! Now the hard work begins! Elections are all about governing the state. And the challenges of governing will be greater than those of campaigning and getting elected to the office. North Carolina Governor-Elect Beverly Perdue has a long “to-do” list.

The governor-elect must organize her government in the next eight weeks to bring disparate constituencies of the electorate together, appoint key administrative personnel, select liaisons to the state General Assembly, and propose a policy and governing agenda. She must also move into the Executive Mansion.

This 2008 campaign has been closely contested, a small margin separates the victors from the losers, and the election has determined a winner. But many voters and citizens may be unhappy with the result. The governor, as the state’s chief executive official and major public leader, must work to unify the state and organize its citizens to work together toward common goals. Governor-elect Perdue has the benefit of a majority in both houses of the Assembly. A key to her success will be the agenda that she sends to the Assembly and the legislative liaisons she selects to work with that body. Former Governor James E. Holshouser says that one of the most important appointments of a governor is the legislatives liaisons (spokespersons in the legislature).

What works in legislative leadership? Governor James Hunt has stated, as discussed in “Governors Speak,” that to be effective the chief executive should have respect for and appreciation of the legislators’ role in policy making, to have a well-defined legislative agenda that is communicated well to Assembly members, and to mobilize public support for those key policy proposals though effective public leadership. With 16 years experience in the state senate, Perdue is well prepared for this responsibility.

Secondly, Governor Perdue needs to appoint over the next several months numerous key executive leaders from the chief of staff of the Governor’s Office to the members of her cabinet to heads of hundreds of executive commissions and boards. In a typical year, the governor appoints a thousand or more executive persons. They will be her extensions throughout the bureaucracy. Effective executive leadership requires, as discussed in “Governor’s Speak”: “sound decision-making being proactive not reactive; selecting the right people and trusting them to do their jobs; and nurturing and rewarding loyalty to a focused agenda that is regularly and clearly communicated to the general public and administrators.

Public leadership through effective communications directly and via the media to state citizens is essential to build and sustain popular support for the policy agenda and administration through its years of service. The success of this leadership will be measured through public approval or disapproval of the governor’s performance in office.

With the state running a projected budget shortfall of $2 billion due in part to declining revenues and increasing expenditures in light of the faltering economy, early tough choices on budget priorities must be established and communicated publicly. In addition the governor must plan an administration that maintains present jobs and secures new jobs for the state’s workforce, that provides for more effective expenditures of the 40 percent of the state budget that goes to public education (K-12), that makes health care through Medicaid (20 percent of the state budget) and other means more accessible and less costly, and plan improvements in the state’s infrastructure to accommodate a growing population and expanding and diversifying economy.

On top of all these demands, governors are people too! Therefore they need to nurture their personal and familial relationships in an environment that requires all their time and most of their attention. Your life becomes an open book; your privacy is limited. Governor Holshouser has stated: “You really don’t have a personal life during your time of service.” Be careful what you ask for. You’ve got it. All citizens of North Carolina wish Governor Perdue well, but will be watching her every move. Welcome to the Executive Mansion, Governor!