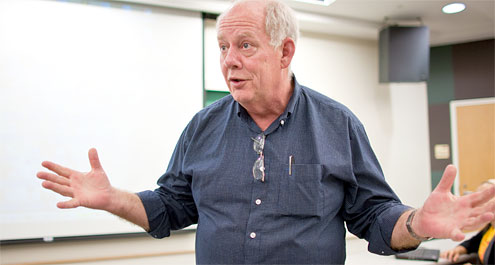 Allan Louden: “The ground-game/Internet intersect employed by Barack Obama made North Carolina blue, and campaigns in North Carolina (and the nation) will never again be the same.”

Elections are collective symbolic acts where we come to see ourselves differently. And surely 2008 will be remembered as a national changeover. How we reached the result, however, was often more untidy.

The path the respective campaigns followed is an important story, forgotten for the moment, but will dominate in the next election cycle.

The results from Forsyth County provide a microcosm that dramatically tells the North Carolina story.

The percent of the Republican and Democratic vote are mirrored images, reversing fortunes from 2004 to 2008. The GOP vote essentially remained constant; the difference being 27,000 additional Democratic votes.

Both campaigns used all modes of campaigning, frequent visits to the state, and endless television, yet their emphasis in strategic choice was evident. 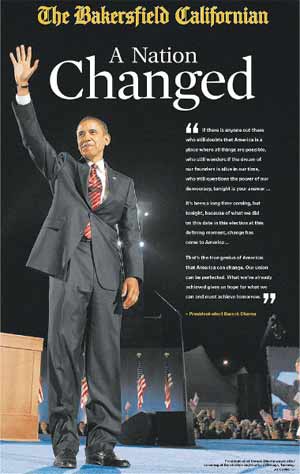 The Obama campaign employed a ground-up approach (at least measured by participation), using the Internet, social networking, and feet on the ground. The Raleigh News and Observer cited numbers of 21,000 Obama staffers and volunteers working the state compared to 2,000 for McCain.

And it made a difference. In both the primary battle with Hillary Clinton and the general election in a deeply red landscape, the ground operation unceasingly labored. I appreciate that the + 27,000 in Forsyth is not entirely due to voter registration, knocking on doors, and checking who showed up at the polls — it is impossible to separate television advertising, candidate and candidate’s message — but surely a portion is simply organization.

Assume for a moment a third of the Forsyth net is due to the Winston-Salem ground game. That number is close to the margin by which Obama won North Carolina.

The ground-game was part and parcel with efforts on the Internet, including dozens of pitches tailored exclusively for North Carolina voters. For example, Wake Forest’s own Chris Paul encouraged North Carolna turnout.

A number of demographics heard appeals designed not for a general audience, but targeted as with this on-line ad, It’s Down to the Wire.

McCain’s campaign and various surrogates targeted North Carolina heavily with TV spots and other top-down messages in the last stages of the campaign The model was traditional mass media, and my sense is it produced turnout among the GOP base.

In the last week of the campaign I received 5+ robocalls from the McCain campaign or others on his behalf. I sometimes listened, often with an irritation that interruptions produce, and would pay attention later on the Internet. The calls signaled the race was contested, the outcome uncertain.

I also received five or more direct mail flyers, teaching who Obama’s friends were, how his election would devastate the economy, and what it takes to be Commander-in-Chief. An example reminded voters of impending threats.

Obama and McCain’s tactical choices are not mutually exclusive. Different audiences are reached differently. Yet it seems that stratagems that emphasize top-down messaging are a sign of campaigns past.

I do not possess the data to confirm one is better than the other. It is apparent however that the results from 2004 to 2008 in Forsyth were dramatically altered. And credulity is not stretched to believe the ground-game/Internet intersect employed by Obama made North Carolina blue for this cycle.

The unavoidable conclusion: campaigns in North Carolina (and the nation) will never again be the same.

Allan Louden was director of the Wake Forest debate program from 1977 to 1982 and 1985 to 2007. His squads were ranked in the top ten numerous times and won the National Championship in 1997. He is a frequent commentator in national publications on election strategies and debates.