Students to participate in Inaugural Debate

Seniors Odile Hobeika and Rohit Nath will join students from five other universities to debate the priorities of the Obama administration at a Smithsonian Institution event tied to the presidential inauguration. Both are members of the Wake Forest debate team. 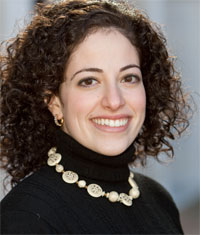 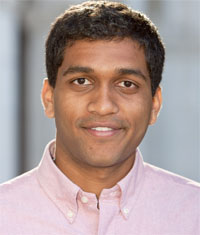 The Inaugural Debate Series will take place on Jan. 19, the day before the inauguration, at the National Museum of Natural History.

Both Hobeika and Nath agree that participating in the event is a once-in-a-lifetime opportunity. “It still hasn’t sunk in yet,” says Nath, an economics major from Phoenix, Ariz. “I’ll be speaking at one of the most respected educational institutions in the world right before the inauguration of our nation’s first African-American president. I really can’t ask for more.”

“Wake Forest’s participation in these debates underscores the genuine concern for humanity rooted in political awareness that every Demon Deacon learns,” says Hobeika, a philosophy major from Merrimack, N.H. “Debate uniquely exercises the mind and unites some of the most intelligent, opinionated and caring groups of people across the country into a community for whom civic engagement is a priority.”

The debate is a public one and not a competitive one, but Nath says he and Hobeika are prepping to ensure that their core arguments on every issue are covered in depth. “This event can provide fresh perspectives on the major crises America faces today. Unlike politicians or pundits on the news, the participants haven’t been able to choose the side we represent on a particular issue. We aren’t restricted by ideological or political ties-our only incentive is to present the case for a given position as best we can,” he said.

The debates are being sponsored by the National Museum of African American History and Culture in cooperation with the White House Initiative on Historically Black Colleges and Universities and the Debate Consortium, with support from the Presidential Inaugural Committee. The Debate Consortium is an initiative to help historically black colleges and universities (HBCUs) field debate teams. Voorhees College and Fayetteville State University are historically black institutions.

“We’re thrilled and proud to be a part of the activities surrounding this historic inauguration, especially since we have the opportunity to lend Wake Forest’s debate tradition to the efforts to revive the tradition of debate at HBCUs,” said Ross Smith, director of debate at Wake Forest. “Outreach and promotion of debate in the public sphere is an important part of our mission.”

Hobeika and Nath plan to stay for the inauguration, but they won’t have to brave the expected cold temperatures and huge crowds. Instead, Smith has arranged for them to view the inaugural parade from a law firm office on Pennsylvania Avenue.