‘Creativity: Worlds in the Making’

On March 18, 19 and 20, Wake Forest will host a national symposium on creativity, “Creativity: Worlds in the Making.” The symposium flows from the premise that we must more fully embrace creativity and innovation to find solutions to the challenges facing the world today. The conference will highlight emerging creative research, public outcomes and practice across disciplines, and collaboration between higher education institutions and the communities they serve. 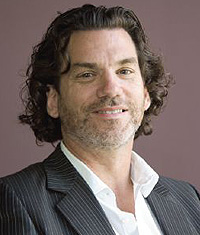 Among the featured speakers is David A. Edwards, the Gordon McKay Professor of the Practice of Biomedical Engineering in the School of Engineering and Applied Sciences at Harvard University. Edwards is also a writer involved in the translation of ideas from the university via medical technology and the literary, performing and visual arts.

His scientific research concerns the mathematical design of novel physical parameters that allow nanostructured materials to efficiently deliver drugs and vaccines to the lungs and other human organs, with a special focus on infectious diseases in developing nations. Current work in his laboratory includes the development of unorthodox antibiotic therapies for tuberculosis and needle-free childhood vaccine delivery through inhalation. Medicine in Need, or MEND, is an international not-for-profit organization that translates research from his lab to clinical practice in South Africa and other developing environments.

His artistic work includes founding and directing Le Laboratoire, a space in downtown Paris where artists and scientists perform collaborative experiments. A prolific writer, his French novel, “Niche,” co-authored with novelist Jay Cantor, is the first of a series based on work at Le Laboratoire. Edwards lives with his wife and three sons in Boson and Paris.

The longshoreman-philosopher Eric Hoffer once wrote (and I paraphrase) that the fullest expression of creativity is found not so much in what we create that is original as in how we develop that which we borrow from others. What have you borrowed from others that you have sought to build upon and improve?

What an interesting idea. That I have received ideas in one form or context and redesigned them as starting points for original idea translations all my creative life is certainly true. I wouldn’t, however, characterize this fact as the fullest expression of my creativity. Perhaps it is among the most overlooked facts. Some examples. I borrowed the talent of a friend illustrator, when I was 10, as inspiration to write my first illustrated story; I didn’t do a very good job, I’m sure, but still see it as something creative that I did, something that benefited me, and made be quite happy.

Later, I borrowed the idea that you could lower the mass of a particle and increase its size and still get it into the lungs. It made a more efficient kind of drug particle for aerosol delivery by inhalation. The idea was out there, but nobody had thought it had relevance to how you delivered drugs and vaccines. For some years I ran after that idea, started a company, sold it, and changed my life through the experience. I discovered that you learn so much more, or at least so much, in risking a lot to pursue an idea.

Most recently, I borrowed an idea published by NASA scientists in the late ’80s that plants can absorb gases and clean the air. With the French designer Mathieu Lehanneur I helped design a new kind of plant filter, recently exposed at the Museum of Modern Art in the popular Design and the Elastic Mind exhibition. The filter will be commercialized this year. The idea existed long before our filter did; Mathieu made it beautiful, and I helped make it work a little better.

What, if any, is the relationship between creativity and the evolution of human consciousness? How would you envision that which you are creating today being developed by others far into the future, long after you are gone?

Your question has two parts. Yes, there is a relationship between creativity and the evolution of human consciousness. Creativity—this blend of dream and analysis that helps a child build his or her first Lego house or write a first story, only to have the house knocked over by a brother or the story criticized by a teacher — is one of the principal agents by which we understand ourselves and our world. Teaching kids in a way that limits their creativity diminishes their growth even as we aim to sustain it. Not much of what we create goes on to last in a way that we can obviously point to. We see more Lego houses knocked over than we’d like.

Among the things I have created or help create that will endure and be transformed by others, I believe, is my work on medical aerosols, which has contributed to the formation of several for-profit and nonprofit companies. This endures without me. Medicine in Need, or MEND, based in the United States, Africa and France, enjoins people I’ve never met, and many whom I deeply admire. My design work, the plant project with Mathieu, or the new way of inhaling food—what we call Le Whif, which will be commercialized this year, and is also the basis of my novel, “Whiff,” published by Ecole de Beaux Arts in France and distributed by Harvard Press in the U.S. — this will continue. I think Le Laboratoire, just a few years ago an altruistic idea of mine, is becoming a model for art and design idea catalysts.

Can you give some examples of innovative collaborations under way at La Laboratoire between scientists and artists?

I mentioned inhaled food — inhaled chocolate for now. Obviously I know about aerosols. The French chef Thierry Marx came to do a project with us in the culinary arts. Our conversation led me to this idea of inhaled food, inhaled chocolate and other things. We exhibited the idea in Thierry’s exhibition last spring. Nespresso became a partner and will commercialize it this spring. I’ll bring Le Whif to Wake Forest when I come!

Then there is the work by Ryoji Ikeda, a composition on number theory that had no sound. The photo work by James Nachtwey last winter on TB and AIDS, driven by a collaboration with medical scientists, was stunning and was brought by the Gates Foundation to Bangkok this past fall, leading to one of the most innovating scientific conferences that I’ve ever participated in.

If there is one quality that artists and revolutionaries seem to share, it is dissatisfaction. To what extent would you define yourself as an artist, or as a revolutionary?

Well, I am certainly often dissatisfied. At war with the objects of my dissatisfaction? Probably. I have long been frustrated with the educational system. Some of my creative work is an attack on this — at Harvard, in Paris, through some of my writing. Pretense in art and science angers me. I am a revolutionary, yes, I think so.

So let’s take one example of an object of your dissatisfaction — the hypodermic needle. Your laboratory is working on developing a new delivery platform for needle-free childhood vaccines. Why are you dissatisfied with the needle?

After I sold my first biotechnology company and the markets crashed in the early 2000s, and I saw what I believe to be an important health-care advancement reduced to what was in fact the only really large commercial opportunity — inhaled insulin for diabetes — I was in a way disillusioned. I can’t say I was so angry at the needle when it came to diabetes as I later became where infant vaccines in the developing world are concerned. I was more driven by the passion for my idea, a first idea that might change something far beyond my accustomed reach. That was very young of me.

Around this same time we began to see that the biggest healthcare problems in the world, those of AIDS, TB and other infectious diseases, weren’t being addressed by our new medical ideas at all. That was a frustration. I asked some students to look into it. We eventually created together a new humanitarian organization, MEND, and the science work that has since been funded by the Gates Foundation is definitely driven, in some of our minds, by the outrage that we are infecting little kids in the poorest parts of our world with dirty needles and giving them less than their right to live a full life. Inequalities and the chance to erase them, or make a stab at it, drive the humanitarian global health work we do, in my lab, at MEND and at Le Laboratoire.