Poet Michael Hofmann to give reading 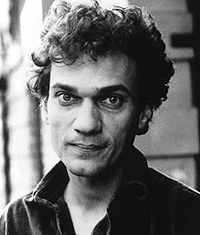 Hofmann is widely considered to be the world’s foremost translator from German into English. Winner of the prestigious IMPAC Award, he has translated over 40 books, including works by Bertolt Brecht, Joseph Roth, Patrick Süskind, Herta Mueller, Franz Kafka, Durs Grünbein, and his father, Gert Hofmann. He has won the Weidenfeld Translation Prize twice and the Schlegel-Tieck Prize (Translators’ Association) four times.

He edited the landmark anthology “Twentieth Century German Poetry” and co-edited “After Ovid: New Metamorphoses,” which included contributions by Ted Hughes and Seamus Heaney. In 2001, he published “Behind the Lines: Pieces on Writing and Pictures,” a collection of his reviews from the Times Literary Supplement, the London Review of Books, the New York Times and The Times.

Hofmann is also a talented and influential poet who has been described by the Independent on Sunday as “one of the few outstanding talents to have emerged in the past fifty years of British poetry.” His published collections include “Nights In The Iron Hotel” (1983), which won the Cholmondeley Award; “Acrimony” (1986), which won the Geoffrey Faber Memorial Prize; “Corona, Corona” (1993) and “Approximately Nowhere” (1999).

He currently teaches at the University of Florida in Gainesville. His appearance at Wake Forest coincides with the publication of his latest work, “Selected Poems from Farrar, Strauss and Giroux.” Part of the Dillon Johnston Writers Reading Series at Wake Forest University, the reading is sponsored by the Department of German, the Center for International Studies, the E.E. Folk Fund and the Office of the Provost. For more information, contact Vona Groarke at 758-3914 or 758-3666.