Life after Jon and Kate 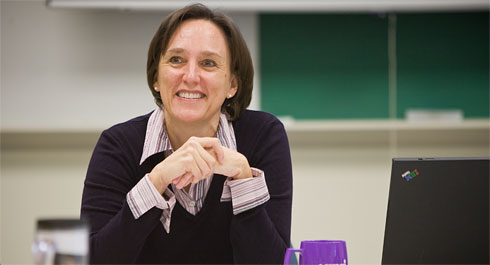 With television’s most famous reality parents, Jon and Kate Gosselin (of the hit TLC show “Jon and Kate Plus Eight”) separating, what does the future hold for their eight children? The effect of the separation on their children is likely to play center stage when the new season of the show premieres Aug. 3. Professor of Psychology Christy Buchanan, author of the book “Adolescents After Divorce,” studies how divorce, custody arrangements and interparental conflict affect children.

I don’t know of any research on this, but certainly, one could speculate that simply more attention on these kids over the divorce would not be helpful. During a divorce, kids need lots of love, consistency, and reassurance from their parents, and are helped in addition by supportive relationships with other adults, consistency in routines, and minimization of other life stresses. The impact of a high-profile divorce would depend on how the fact of the divorce being high profile affects these things.

Are the parents of multiples more likely to get divorced?

Does the presence of siblings affect how children adjust to a divorce?

There is not a lot of research on this, but siblings do in some cases provide a safe and supportive relationship that can be helpful. Having a lot of siblings can make it harder for parents to meet the needs of individual children, however, needs which are magnified in the wake of separation and divorce.

How does divorce affect adolescent development?

The risk of various negative outcomes (e.g., lower school engagement and achievement, risk-taking, depression) is increased, but the effect on any individual adolescent depends on many other factors, including the child’s history of behavior and well-being, the degree of conflict between the parents, the parenting and parent-child relationships that occur in the wake of the divorce (a biggie), and the extent of support outside the family (peers, extended family, other adults).

Are the children of divorced parents more likely to get divorced than children of parents who stayed together?

Yes, children of divorce are more likely to divorce themselves. There are lots of reasons that might account for this, including genetic similarities between parents and children and the impact of dysfunctional relationships that sometimes accompany divorce. However, as with adolescent development, there is variability in adult outcomes, and many children of divorce grow up to have healthy relationships and marriages.

Does any one factor, such as marital infidelity or physical abuse, cause more problems for adolescents than any other factor?

The impact of divorce seems to be worse when children are not aware of any problems in the marriage, and so to them the divorce disrupts an otherwise content life. If divorce leads to a reduction in or elimination of marital conflict, distress on the part of one or both spouses, or abuse … the impact of the divorce tends to be more positive (even though those other factors have likely had a negative impact on development).

So a divorce can actually be positive in some cases?

Yes, absolutely — if conflict or abuse is reduced, or parenting is improved, by a divorce, the outcomes can be positive. (Fixing these things within a marriage could be positive as well, but for some couples the fixes seem impossible within the marriage.)

How does it affect children when their mother or father brings a boyfriend/girlfriend into the home?

What are the best custody arrangements for children?

Making custody and caretaking arrangements match as closely as possible each parent’s role before the divorce is one strategy that can work well. Joint custody, or sole custody with liberal visitation, benefits kids as long as parents get along. If conflict between parents is very high, it may be necessary to limit visitation.

Are there any differences in adjustment when the father has custody instead of the mother?

For adolescents, yes. On average, adolescents are less well adjusted in father custody. But these differences often reflect other pre-existing difficulties (e.g., fathers are more likely to get custody when adolescent children are acting out, or when mothers have been less invested.) Basically, any parent can be a good custodial parent and children can thrive in any custody arrangement.

Under what circumstances is it best to stay together “for the sake of the kids?”

Existing research would suggest that when conflict is minimal and problems in the marriage are not interfering with the parents’ ability to parent or to maintain loving relationships with the children, that it might be best to stay together for the sake of the kids (i.e., kids in such situations are more likely to suffer from the divorce per se than other kids). Even here, however, much of how kids react depends on what happens to their life, the parenting they receive, and their relationships with each parent in the wake of divorce.

How should parents help their children adapt?