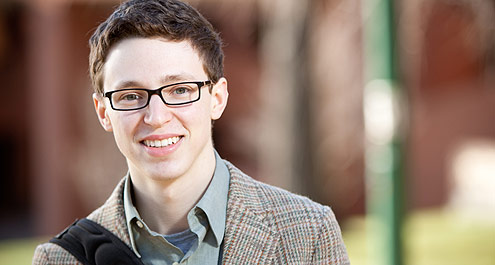 For the majority of my first 19 years of life, Cuba meant little more to me than an island in the Caribbean ruled by a dictator with a dark, full beard who smoked the finest cigars in the world (or so I heard). Oh, and how could any well-learned student of American history forget to associate Cuba with the threat of a 1960s nuclear holocaust?

As far as I was concerned, this was Cuba: not a nation of flourishing art and culture 90 miles south of Key West, Fla., but rather a distant and decrepit nation characterized by cigars and nuclear warheads. I knew more about the culture and peoples of Iraq and Afghanistan than those of this nation that has played and continues to play a large part in the political and cultural history of the United States.

My close involvement this past year in an entrepreneurial venture involving students, staff and faculty has, thankfully, changed this sobering fact. In the spring semester of 2008, Paul Bright, my supervisor at the Charlotte and Philip Hanes Art Gallery, asked me to become involved in the curation and development of a traveling art exhibit that would feature the works of Cuban artists.

Leading the team of students, faculty and staff was Associate Professor of Romance Languages Linda Howe. I was anxious to become involved with a project that would facilitate both my own and other people’s intellectual development and appreciation for the craftsmanship of a group of artists who rarely receive recognition.

I was responsible for producing the bulk of the photographic documentation of the objects in the exhibit. These images were used in publicity releases, a Web-based catalog, and, perhaps most importantly, a print catalog for the exhibit. I spent about 15-20 hours a week for 10 weeks last summer photographing the objects (which included books of all shapes and sizes, prints and installation pieces).

Because a large part of my daily duties involved leafing through each book to find unique images and details that could be scanned or photographed, I soon grew familiar with the artists and the quality and beauty of their craft. Each book had a different story to tell, not just literally, but figuratively as well.

Delightful intricacies hid themselves in the pages and jumped out at me with surprising regularity. From the fold-out figure of Roberto Manzano’s La hilacha (The Shred of Cloth) to the beautiful cityscape and enchanting cutouts of Nancy Morejon’s Pierrot y la luna (Pierrot and the Moon) I was overwhelmed by the quality of the artists’ works and imagination. Before my very eyes, Cuban artists had transformed the island nation itself into something inexplicably wondrous and surreal.

In May, with the support of Dr. Howe and a Starr Scholarship, I had the great opportunity of traveling to New York City to help install the exhibit at its first stop, the Grolier Club. I continue to work on the creation of a bilingual print catalog for the exhibit, melding both images and text into a representation that will, hopefully, depict to a large audience another side of Cuba.

Now that the exhibit has traveled back home to the Hanes Gallery, I am encouraging my friends and colleagues to experience this other, lesser known face of Cuba. Perhaps they, too, will come to appreciate the cultural and artistic offerings of a nation that should proudly be called “neighbor.”

Marcus Keely is a senior from Brasstown, NC.