The perils of financial reform 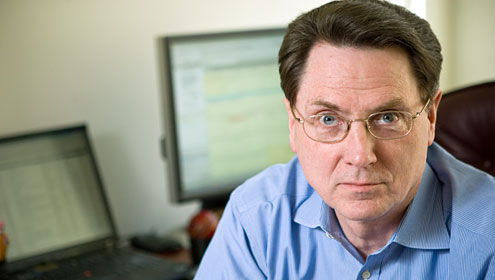 “This is very ambitious and hugely complicated legislation that is being done very fast,” said Bliss, the F.M. Kirby Chair in Business Excellence. “Some of the changes are positive, but others could create bigger problems than the ones they are trying to solve.”

A House-Senate conference committee is trying to reach a compromise by July 4 on the financial regulatory reform bills passed by the House in December 2009 and the Senate a few weeks ago.

Among the issues the committee is seeking to resolve is the regulation of the over-the-counter derivatives market, expanded audits of the Federal Reserve Board, and the creation of a new consumer protection agency.

But rather than trying to pass such sweeping legislation with an eye toward the November election, lawmakers would be better off taking more time to seek expert opinion. Bliss said lawmakers would benefit from bringing in more business and economic experts to advise them, rather than approaching the legislation as a political issue. It also is important to take the reform’s worldwide implications into account.

“The legislation and these proposals are entirely domestic, and the financial system is entirely international,” said Bliss, who formerly served as a senior financial economist at the Federal Reserve Bank of Chicago.

“Although the 2008 financial crisis started in America, it impacted Europe because their banks were buying our subprime mortgages, and now we’re looking at a situation where there’s a major financial crisis brewing in Europe and that’s going to feed back in the U.S. financial markets and our economy,” he added. “In today’s global markets, we can’t have our heads in the sand about the reform’s international implications.”

Despite the inherent risks involved, Congress is likely to pass the legislation in the weeks ahead. “The financial crisis of 2008 has passed, and now we’re talking about a response to it,” Bliss said. “But the consequences will continue to play out well into the future.”