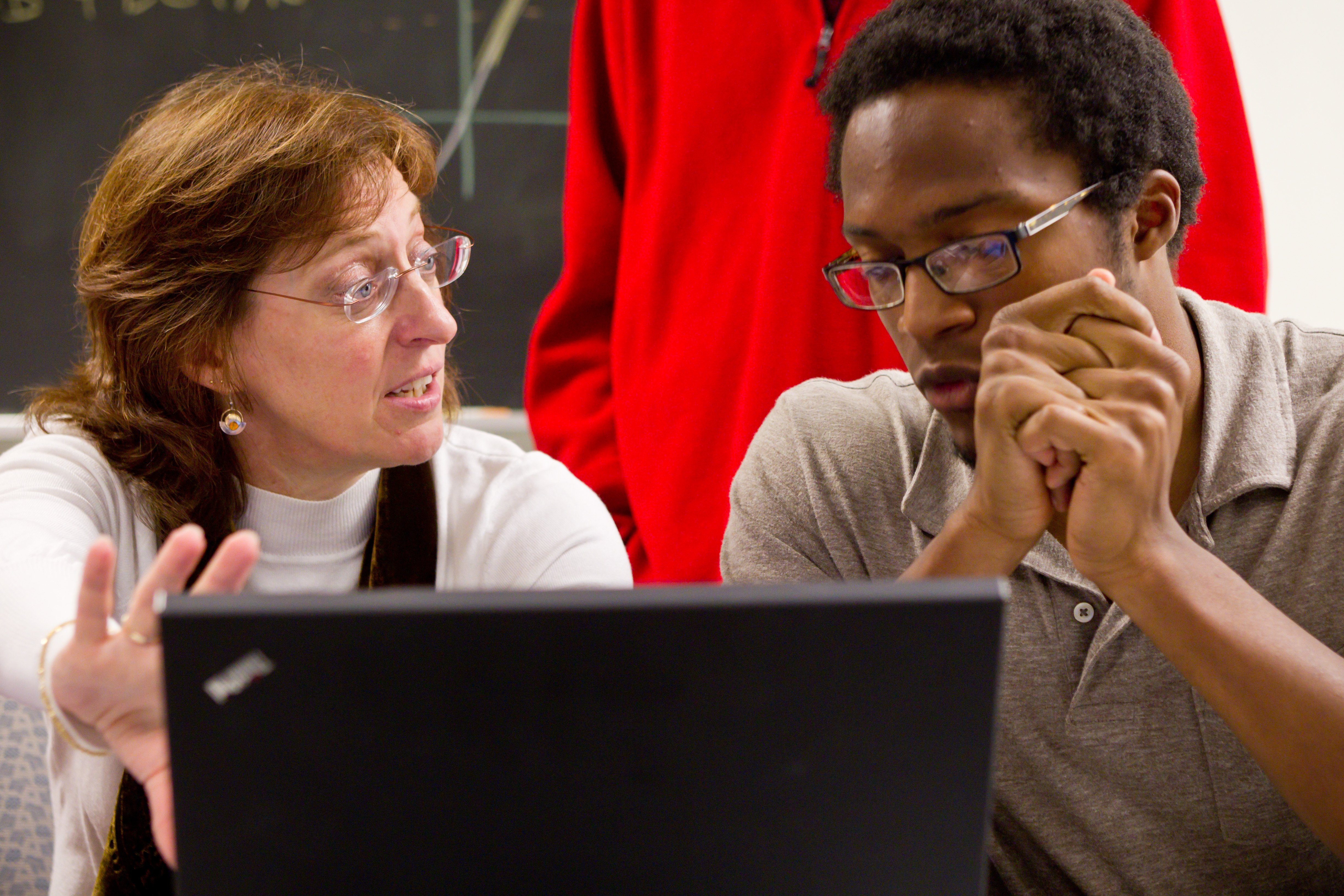 When junior Brandon Turner began his experiments at the age of six, they didn’t turn out exactly as he hoped. “I decided to mix different things I found around the house,” he says. “I hoped for an explosion, but my creation just smelled bad.”

After discovering their son’s interest in chemistry, his parents hoped to guide their fledgling scientist with how-to experiment books, but Turner says he had more fun inventing his own. And he still does, though now he uses his computer — combining a variety of different disciplines to learn more about molecules and proteins.

As a first-year student at Wake Forest, Turner attended an event showcasing physics department faculty research. When Reynolds Professor of Computational Biophysics Jacque Fetrow said she was looking for students interested in chemistry, math, biology and physics, Turner says it felt like a dream come true. He asked to join her team and has been a member since.

The research team explores how molecules in proteins are positioned and uses this information to predict the role of proteins and to group them into large groups of families. By combining science knowledge and math, researchers can develop computations to determine if molecules in other proteins that are positioned similarly, do similar jobs. The work has implications for drug discovery — do the same drugs bind to similar sites in different proteins? If they bind, do they affect function? Would they ultimately cause side effects or have off-target activities that might be useful?

“The work lit up my curiosity,” says Turner. “I’m curious about answers to the research questions our team tries to explore, but there is often something else I want to know. I explore both Dr. Fetrow’s questions and my own to see what can be learned if I go in another direction.”

“Brandon generates new ideas,” says Fetrow. “He thinks creatively to help solve issues that arise, as well as improving upon existing ideas. He’s a go-getter; he strives to learn and accomplish as much as he can.”

Turner says his research work also has improved his speaking and presentation skills. “I’ve had to learn to communicate well to share my ideas. I’ve had to learn to think while I’m speaking.” As part of his work, Turner traveled with Fetrow and other members of their research group to visit with collaborators in San Francisco at the University of California.

In April, Turner was awarded the 2010-2011 American Physical Society Scholarship for Minority Undergraduate Physics Majors. The award provides funding and mentoring to minority physics students to enhance their education and help them prepare for success in various careers.

Winners receive a financial award and are assigned a local mentor and a mentor through the American Physical Society. Memberships to science magazines and access to published research are additional benefits. “Professor Fetrow has been my mentor for the past three years,” says Turner, who is from Fontana, Calif. “The award just makes it official.”

Though Turner is majoring in biophysics, he’s discovered another interest he’s adding to the mix. This year, he enrolled in his first philosophy class, and he hopes to fit in more of these classes during his remaining time as an undergraduate. “Philosophy and science both try to explain how the world works,” he says. “Science explains it physically. Philosophy explains it on a grander scale.”