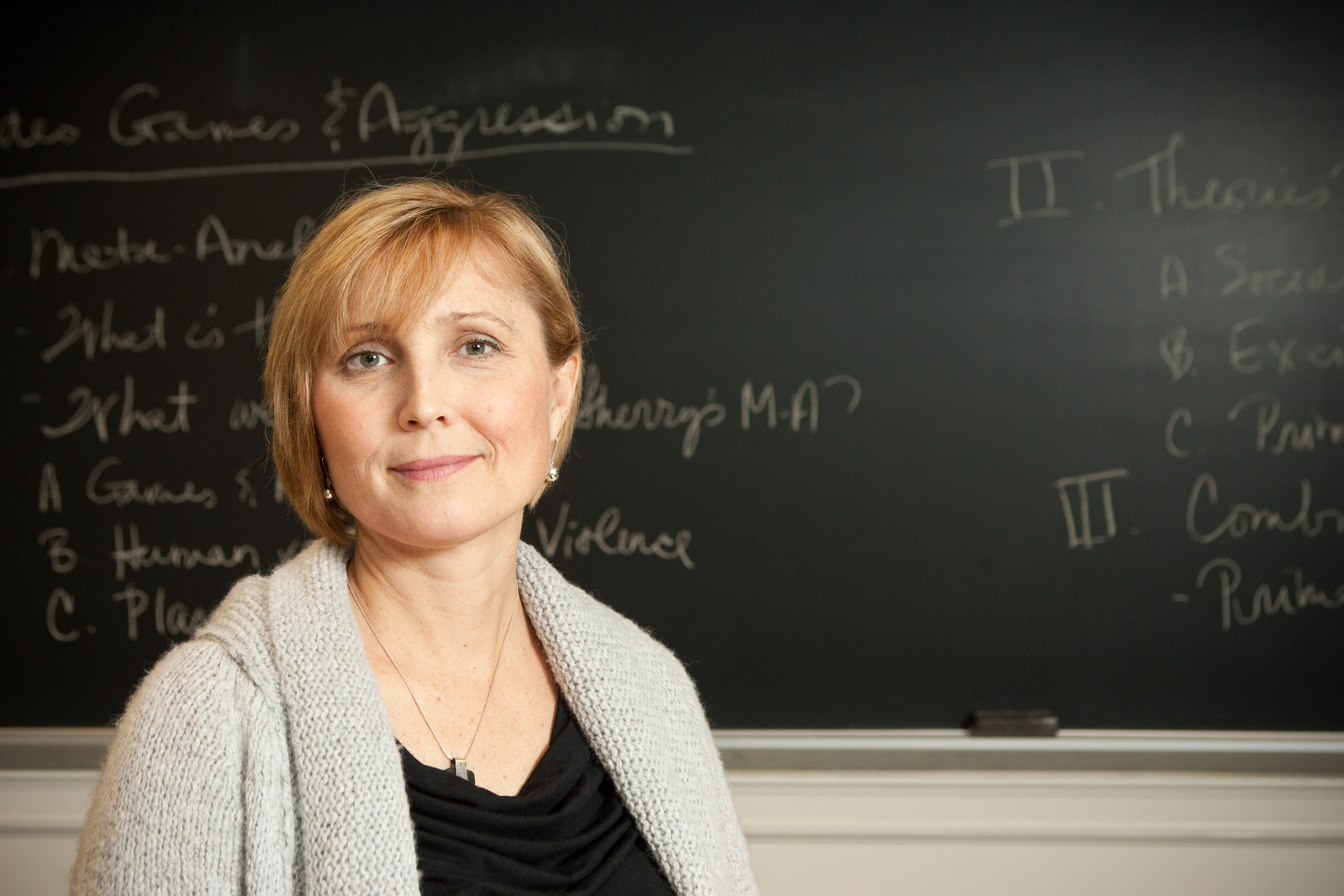 More than 60 percent of parents say video games have no effect on their children.

Not true, says Marina Krcmar, associate professor of communication at Wake Forest, who studies the impact of video games on children and teens. And, as games get more and more realistic, research shows the positive and negative effects on children increase, Krcmar says. “Greater realism leads to greater immersion; greater immersion leads to greater effects. One of those effects can be increased aggression.”

So, she encourages parents to be more aware of content when they purchase games during this holiday season. “The T-rating and M-rating for video games are not very consistent and not very informative for parents, so parents need more information,” Krcmar says.

The quality of the graphics and the sound in this year’s new video games is amazing, she says, “It’s getting closer and closer to virtual reality.” For war games like “Call of Duty: Black Ops,” the complete immersion in a realistic violent world raises some red flags.

“We learn what’s right and what’s wrong by consequences,” she says. In many of the most popular games, shooting people results in no negative consequences. In fact, there is actually a reward.

The Xbox Kinect adds a new twist this year. The new system eliminates the need for a controller completely, so movements look and feel more realistic. According to Krcmar, research shows that if the controller looks and feels more like the movement would feel in real life, the player becomes more involved in the game. For non-violent games, this could be good. But, as violent motions feel more natural and the line between real and virtual blurs, there is likely to be a stronger link to increased aggression after playing the game, she says.

This is likely to affect you in negative ways in the long run, she adds.

She suggests parents consider strategy games instead. She recommends two games for the Nintendo DS: “Professor Layton and the Curious Village,” a mystery and puzzle game or “Etrian Odyssey,” a role-play game for older children that allows them to explore and strategize. “Harvest Moon,” is her favorite for young children. It allows them to own a farm, grow food and take care of animals, but is also helps children practice planning, problem-solving and strategizing. Finding good games takes a little more effort because they are often not marketed as well as some of the more violent games.

With these games, the enhanced realism also makes the player feel more involved in the game and increases the effect. But, instead of heightened aggression, the effect might be to develop problem-solving skills.

Krcmar offers a caveat about realism in games, “Parents should not assume games that don’t have the sophisticated look of perfect graphics can’t inspire involvement. Involvement also increases with a good narrative or story.”

In addition to problem-solving, Krcmar says there are other beneficial effects of video games on children. Research shows that video games help with hand eye coordination and teach us how to scan the environment for important visual information.

She offers a few general tips for parents regarding video games: