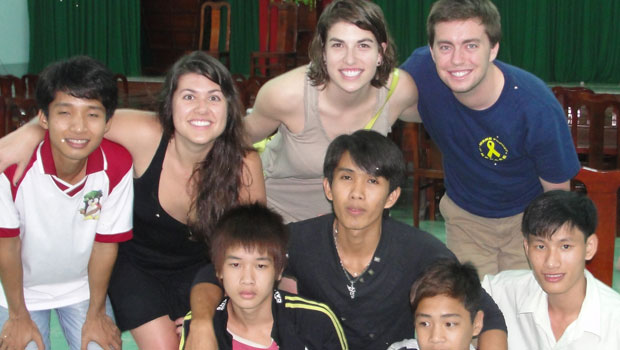 Vietnam is a country that is rich in resources, culture and life. The thing that allows this Southeast Asian oasis to thrive is the people and its sense of community.

Less than a week ago, I returned from a service trip to Vietnam. I traveled there with 11 other students and Dr. Mary Gerardy, dean of campus life, to help rebuild a school in the Hieu Phung Commune in the Vinh Long Province of southern Vietnam.

We lived in the village, ate meals at the community center, traveled to the work site by motorbike, played sports with members of the community in the afternoon, received hip-hop lessons from Small Star Crew, and had Vietnamese lessons every night with the locals.

The complete immersion into the lives of individuals who have never interacted with Americans was truly an experience to remember. It goes beyond just a service trip. 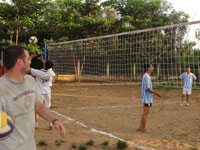 In the beginning, with the language barrier, everyone was unsure how to connect. Over the next few days, we learned that words are not the only way to communicate.  It began with sports. When we played our first two games of soccer and volleyball, there was a clear division in teams – us versus the Vietnamese. As the week went on, the teams merged and we all played together, scoring goals, high fiving, and laughing for hours. We did not have to talk; we were able to communicate through positive actions.

Many people might find it hard to believe that there was a teenage hip-hop dance crew in a rural Vietnamese village; however, Small Star Crew had style and heart regarding dance. We received hip-hop dance lessons nightly, without any words. Dance became another way to communicate. 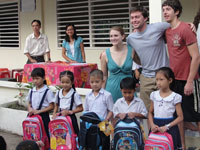 The farewell party was the culmination of the week, highlighting our growing friendship and relationship with members of the community. We ate together, danced together and laughed over our shared experience. The vibrant, rich, close-knit Hieu Phung Commune opened their arms to us. The week we spent in that village further confirmed my love for the country of Vietnam and instilled the belief that communication and friendship are borderless. This was not simply a service trip; it was a positive life-altering experience.