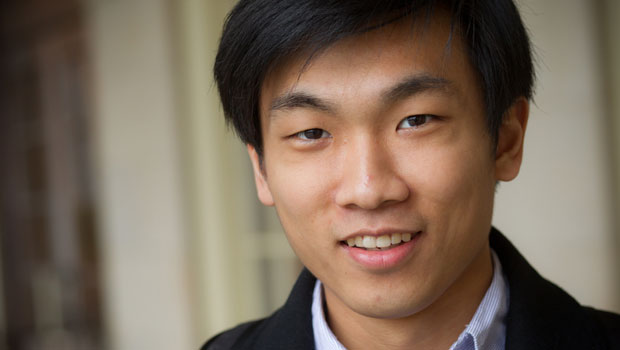 Sometimes children find that making friends is hard. They need someone to help break the ice. Senior Jung Hoon Kim does this for his “little brother.”

Once a week, Kim heads to Speas Elementary School, just minutes away from Reynolda Campus, where he spends an hour mentoring his 5th grade brother through the Big Brothers Big Sisters program. On the court shooting layups or playing board games inside, Kim and his brother don’t go it alone.

“When I first met my little brother, he told me that he didn’t have any friends,” says Kim, who is from Salisbury, Md. “That’s a hard thing for a 10-year-old to admit. It was honest and heartbreaking. I wanted to be a positive role model and help him with the social aspects of life. Making friends at school would make it more fun to be in class and easier to learn.”

After observing his little brother in the classroom, Kim decided the best way to encourage friendship was through fun and engaging activities. At least once a month, Kim and his little brother invite a classmate to play. Over time, making and keeping friends has become easier.

“There’s a fine line between forcing friendships and letting things happen,” Kim says. “I had to find activities that both kids liked so they would naturally bond.”

“Teachers rave about how Jung has brought his little brother out of his shell, increased his confidence and taught him how to get along better with his schoolmates,” says Brittany Pruitt, a volunteer coordinator with Big Brothers Big Sisters.

Statistics show that one-on-one mentoring makes a difference, says Pruitt. Fifty-two percent of Little Brothers and Little Sisters are less likely to skip school, and 46 percent are less likely to use drugs. Mentored students also get along better with their families and perform better academically.

Kim is earning a major in biology and a minor in chemistry. As a President’s Aide, he fosters communications between Wake Forest University’s president, Nathan O. Hatch, and the student community. He also conducts cancer biology research with professor Steven Akman at the Wake Forest University School of Medicine. Kim hopes to attend medical school after graduating.