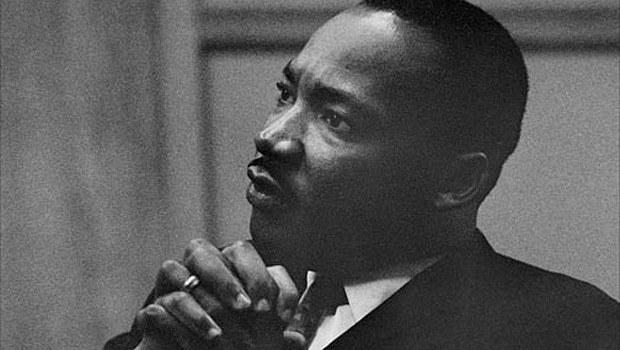 In October of 1962, more than ten months before delivering his famous “I Have a Dream” speech, Martin Luther King Jr. stepped to the podium in Wait Chapel and spoke to a crowd of 2,200.

Nearly 50 years later, the public can experience that moment in Wake Forest history by listening to the audio recording and reading the transcript of King’s speech, available for the first time online through the digital archives at Z. Smith Reynolds library.

The project was a collaboration between Susan Faust, assistant to the provost emeritus and adjunct instructor of communication; Katherine Gill, director of special projects and university archivist; and Associate Professor of Communication John Llewellyn.

“Now, everyone can have that same ‘aha’ moment I had,” Faust said. She discovered the audio recording in the archives several years ago. “I remember the moment I found the speech. I thought this could be something that no one has heard since it was given,” she said. “To hear his voice—I could imagine him standing at the pulpit in Wait Chapel.” 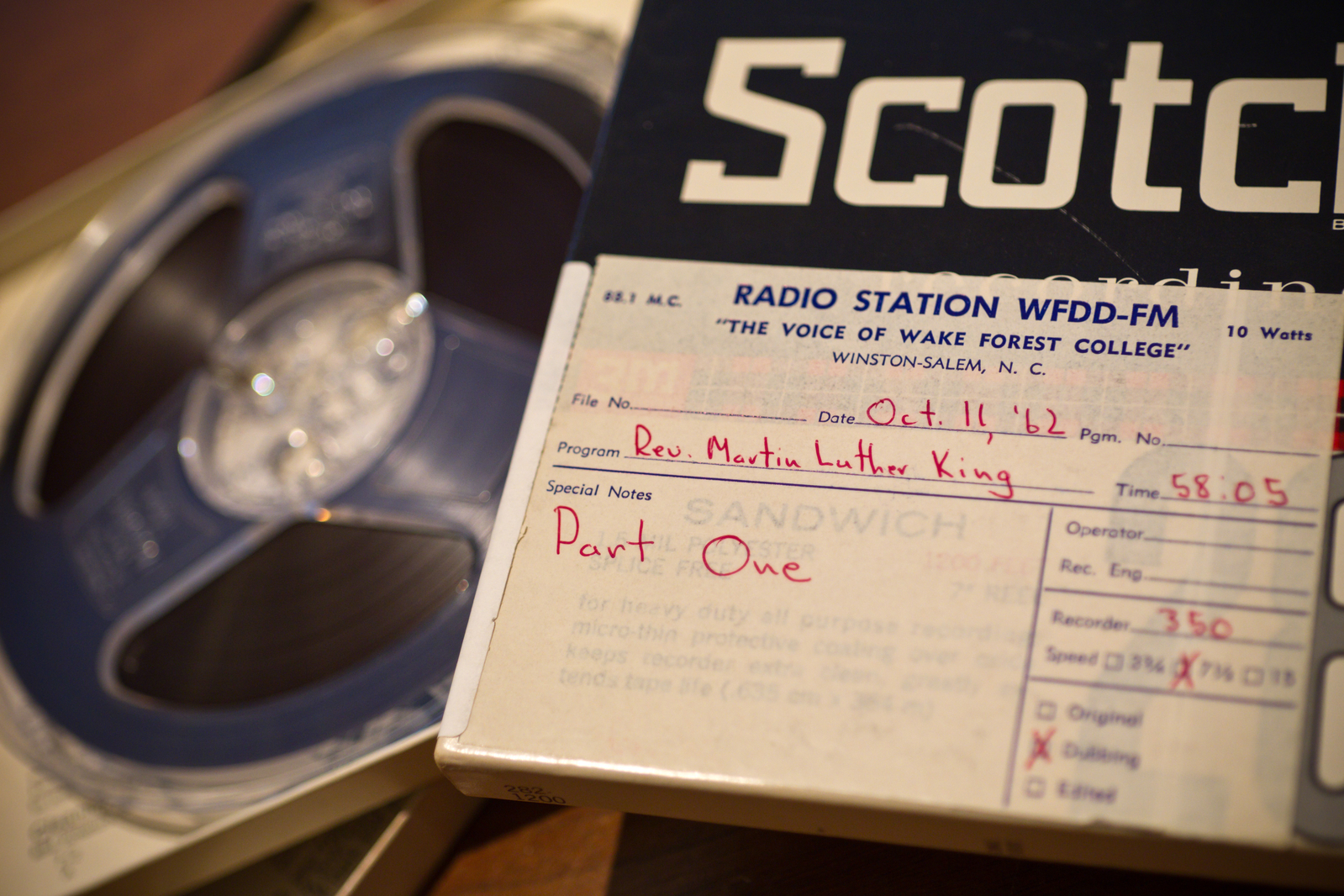 After transcribing King’s spoken words, she began gathering details about King’s visit to campus. She interviewed retired chaplain Ed Christman, Professor Emeritus of Religion G. McLeod “Mac” Bryan and others who were in the audience that October evening. She delved into the library archives and newspaper accounts to piece together a more complete picture of the speech and its place in history.

Faust and her husband, John Llewellyn, then wrote the article “Prelude to a Dream: Martin Luther King, Jr.’s 1962 Speech to Recently-integrated Wake Forest College.” The article places King’s speech in the context of integration at Wake Forest, public perception of King in 1962, and contemporary media coverage. The paper is also part of the digital collection available on the library site.

“The project is an illustration of new possibilities in digital scholarly communication that have opened up,” said Gill, who decided King’s speech and scholarly analysis belonged online and accessible to everyone.

She also remembers listening to the speech for the first time. “I was struck by how solemn it was. His voice was measured and, in a way, very modest,” she said.  “It’s before he was well known and shows him developing the themes that would later become his hallmarks.  It’s like a rhetorical scrapbook,” said Gill.  She is also working to preserve other audio recordings of famous speakers such as W.H. Auden and Betty Friedan, who visited Wake Forest in the 1950s, 60s, and 70s, and make them accessible through the digital archive.

The King speech provides a window into the Civil Rights movement in the early 1960s. “It is a civil rights stump speech,” says Llewellyn, who studies rhetoric. “Politicians say the same thing over and over again to have ideas gain currency. King was doing the same thing with his speech at Wake Forest.” An additional article by Faust and Llewellyn analyzing the rhetoric and construction of King’s speeches, in particular the roots of the “I Have a Dream” speech, is also part of the digital archive.

King ended the speech at Wake Forest with the same passage that the world heard in his 1963 “I Have a Dream” speech, calling for “black men and white men, Jews and Gentiles, Protestants and Catholics” to join hands while singing the Negro spiritual ending with “Free at last! Free at last! Thank God Almighty, we’re free at last!”