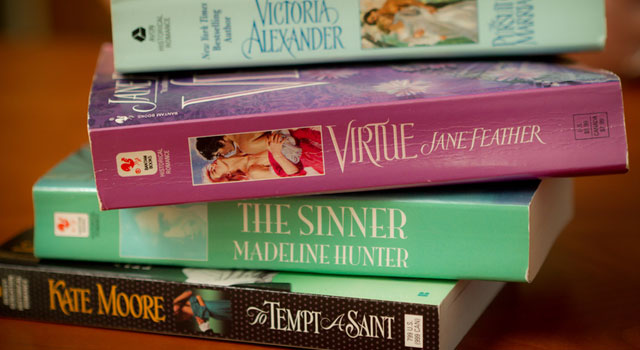 From swashbuckling, sensitive pirates to sexy, self-sacrificing vampires, romance novels and many other forms of popular culture emphasize the power of love to make all things turn out right, in the end.

Romance fiction sales are expected to top $1.35 billion when the final figures are tallied for 2010, with nearly 75 million Americans reading at least one romance novel a year, according to Romance Writers of America.

“Given its prominence and power in pop culture today, we should consider how romance may be a religion for some people,” says Lynn Neal, associate professor of religion. “If religion provides people with a community, with a sense of meaning and purpose, and with a way to experience transcendence, then popular culture’s promotion of romance certainly qualifies.”

In romance novels, there’s an emphasis on attaining the perfect relationship and that doing so will solve all life’s problems, provide one with a purpose (marriage, children, family), and allow one to experience the transcendent power of love, says Neal. Romantic heroes and heroines in stories and films have strong personalities, but writers and directors show that the two are incomplete by themselves. “Only in recognizing something greater — their love — can a meaningful life be claimed — an idea that resonates with elements of religion, namely finding purpose and completion in our lives.”

Lynn Neal is an expert in religion and popular culture.

Neal says questions of influence and power interest scholars. “Sweet Savage Love,” “What Women Want,” “The Marriage Miracle,” — romance novels and romantic comedies reflect the prominent ideas of the times, but to what extent do they shape and reinforce the ‘religion of love?’  What are the implications of these idealistic portrayals?”

Though men and women intellectually understand that romantic love does not, in fact, conquer all, cultural pressures ratchet up the expectations for both sexes. The rebellious but sensitive tough hero, the high-spirited yet submissive heroine, it’s impossible to live up to these expectations.

“Romance novels and films end with the couple having consummated their relationship, the sun sets, life is complete,” says Neal. “There’s rarely a scene where the heroine is picking up the dirty socks from the floor.”