Gates scholar to study at Cambridge 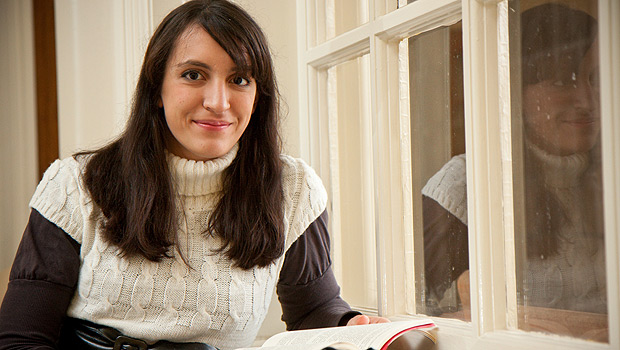 Monica Petrescu, who graduated from Wake Forest in May, is the first Wake Forest student or graduate to be awarded a Gates Cambridge Scholarship for graduate study at the University of Cambridge, England.

Petrescu is one of 30 new 2011 U.S. Gates Cambridge Scholars. She will pursue a master of philosophy in economics.

The winners, from 21 states and 30 U.S. colleges and universities, were chosen from more than 800 applicants.

Born in Romania, Petrescu earned a degree in economics and political science from Wake Forest. While an undergraduate student, she studied labor migration and human trafficking in Kuwait and won the 2010 economics prize from the university for her honors thesis on income inequality in the European Union. She was a finalist for the Rhodes scholarship. She speaks Romanian, English, French, German and Arabic. She was president of Wake Forest’s chapter of Amnesty International.

The scholarship program was set up in 2000 and funded by a $210 million donation by the Bill & Melinda Gates Foundation. It enables exemplary postgraduates from outside the UK who have a strong interest in social leadership and responsibility to study at the University of Cambridge, which celebrated its 800th anniversary in 2009.

Between 2001 and 2010 there have been almost 1,000 Gates Scholars from over 90 countries. The aim is to set up an international network of Scholars and alumni who will have a transformative effect on society.

The 30 American Scholars will be joined by 60 Gates Scholars from other parts of the world who will be selected after interviews in late March.