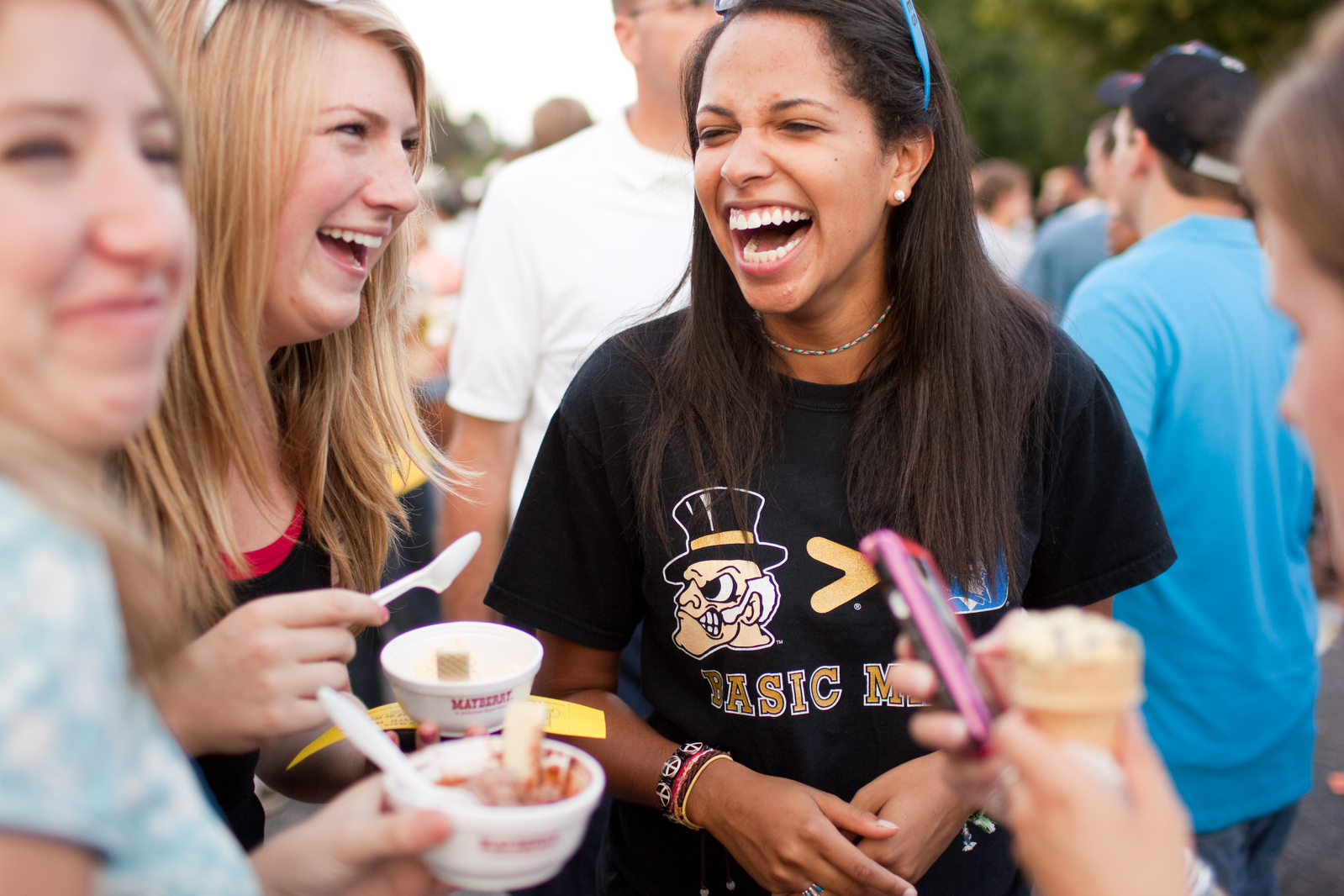 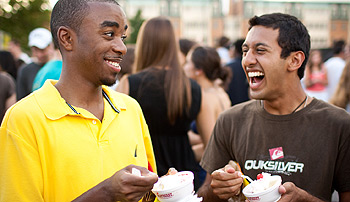 On April Fools’ Day, Cindy Gendrich’s students may have an advantage when planning practical jokes.

In the theater professor’s first-year seminar, “Why Do People Laugh?” they have serious discussions about what causes giggles and guffaws.

Practical jokes are not a guaranteed way to generate laughter, Gendrich said.  “Lots of theorists have observed that compassion is the enemy of humor—from the Greeks to Henri Bergson. April Fools’ Day jokes fall into the same category as watching an episode of the TV show ‘Wipeout.’   Most of us stop laughing if someone gets hurt,” she said.  “The question my students grapple with is how we are sometimes able to turn our compassion buttons to ‘mute’.”

The class explores the psychological, physical and social benefits of laughter, but they also look at the negatives.  How can laughter exclude or victimize?  What makes someone or something an acceptable target for laughter?  “We may laugh more at April Fools’ jokes if they seem somehow justified,” she said. But being the “fool” is not always funny.

In class, Gendrich explores many reasons we laugh that may or may not be directly connected to something funny.  “Laughter has a lot to do with human relationships. We laugh to put people at ease, to show approval, to flirt, to contribute to the energy of an event or a moment, to tell people we are not dangerous, to show we ‘get it’.  We often laugh out of nervousness.”

But, what makes something funny?  From a “Family Guy” scene to a viral video called “You Forgot the Blueberries,” Gendrich’s students bring to class whatever they think will tickle each other’s funny bones.  Sharing humorous examples is an ongoing class assignment.

The 18 students in the class are not learning how to be stand-up comics, but they are giving the laughter test to everything from ancient Greek comedies to the movie “Step Brothers.” 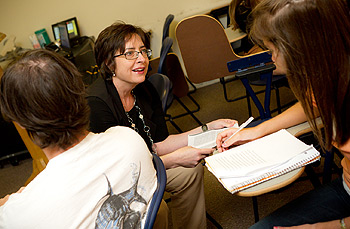 “I like it when we are laughing at the same things,” Gendrich said, “but it is super interesting when we are not.”

The videos, cartoons, photos and jokes are the starting point for delving into essays on laughter and looking at plays, novels, short stories and films, she said. “We study different theories on laughter and students write papers supporting or challenging these ideas based on what they are reading and watching. So, they have all these great references and can support their arguments with things that actually made them laugh.”

Students also examine the structure of a joke and the element of surprise.  Gendrich addresses cultural differences that make some jokes funny in one place, while being offensive in others.

Brooks Hall, a first year student from Salt Lake City, said he signed up for the class because he has thought a lot about “what makes things funny to me and why I laugh at something when someone else doesn’t…There is no simple answer to the question, ‘why do people laugh?’ The class is a seminar, so we discuss ideas on laughter from philosophers from many different periods.”

Gendrich, who has been teaching acting and theater classes at Wake Forest for 13 years, has directed and performed in a lot of comedies.  Much of her interest in laughter is rooted in the theater, but she also traces her fascination with humor to when she was a teenager undergoing treatment for Hodgkin’s disease.   Constantly joking with people helped her cope with her illness, while making others feel better, too.

She received a grant from the National Endowment for the Humanities through its Enduring Questions program to develop the first-year seminar.    She hopes her students “will think about laughter, but also consider how different times, places and intellectual pursuits can reveal multiple answers to seemingly simple questions.”

“I love to laugh more than anything in the world,” Gendrich said.   “I’ve always wondered why people laugh. It is an interesting question that goes all the way back to Plato.”

She keeps coming up with more questions about laughter and shares them with her class:  How does tickling work?  Why do you laugh at things your parents don’t find funny?  Can you practice laughing like you practice yoga?