Tracing the roots of ‘The Dream’ 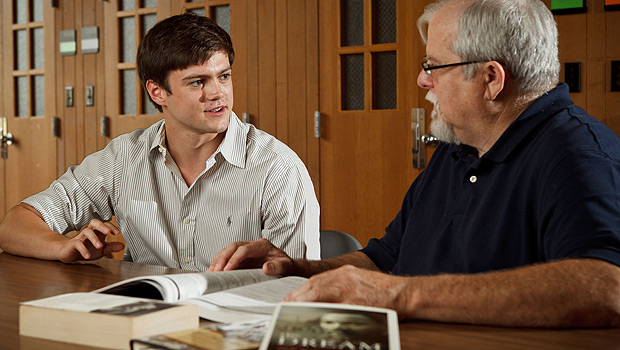 If you knew Dr. Martin Luther King, Jr. first delivered a version of his iconic “I Have a Dream Speech” when he was just 15 years old, would it change the way you view the most significant American speech of the 20th century?

Murphy found that King actually envisioned and shared the underlying themes, principles and images of his “I Have a Dream” speech at a Georgia Black Elks speech contest in Dublin, Georgia, in 1944 – nearly two decades before his renowned national address in Washington, D.C. The historically significant parallels between the two speeches – overlooked by scholars for nearly 50 years and recently discovered by an undergraduate college student – suggest we still have much more to learn from the visionary Civil Rights leader.

Read more about Murphy in The Tennessean »