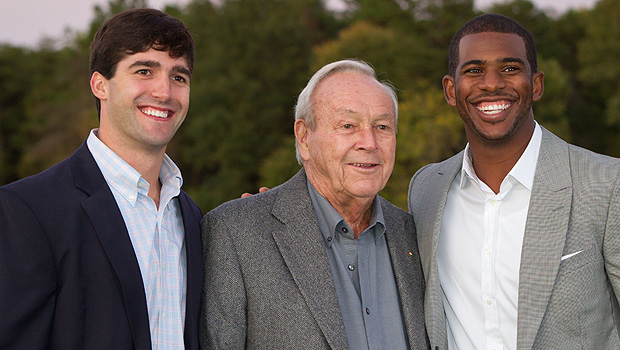 “Arnold Palmer started the great golf tradition at Wake Forest,” said Athletic Director Ron Wellman. “Naming the facility that he designed the ‘Arnold Palmer Golf Complex’ is the perfect way to honor him and all that he has done for our golf program, athletic department and university.”

Palmer and his design team began renovating the golf complex in the summer of 2009 and finished the process in May of 2010. The almost 18-acre facility also houses the Jesse Haddock Center and the new Dianne Dailey Learning Center.

The complex features over 17 acres of Bermuda grass, five chipping and putting greens and 24 practice bunkers. Practice tees are situated around the entire complex to allow players to hit in any direction. The Dianne Dailey Learning Center has heated hitting bays, which allow up to five people to hit simultaneously. The facility is equipped with the latest technology, including a state-of-the-art V1 filming system and TrackMan. The Learning Center also includes an indoor putting room that utilizes the Tomi video system, as well as a club repair and a club storage room.

As successful as the program has been, “there has never been another student-athlete who has had a bigger impact on Wake Forest University, as a financial supporter, advocate, ambassador and a role model,” said Hatch.

Palmer’s impact on the sport of golf is well known. As a Wake Forest student, he won the 1948 and 1949 Southern Conference championships, the 1949 and 1950 NCAA Golf Championships and the first ACC Championship in 1954. As professional, Palmer won 62 PGA Tour events and seven major championships. The PGA selected him as Player of the Year twice; The Associated Press selected him as Athlete of the Decade for the 1960s; Sports Illustrated named him Sportsman of the Year in 1960; and the New York Athletic Club named him Golfer of the Century.

Palmer’s impact on Wake Forest may be less known. In addition to elevating the golf program to among the nation’s elite, as a student, Palmer was a member of the Omicron Delta Kappa leadership honor society and the ROTC Cadet Association.

The Power of Giving

After the death of close friend Marvin “Buddy” Worsham, Palmer withdrew as a senior to spend three years in the Coast Guard before returning to Wake Forest.

Palmer established the first scholarship for golfers, the Marvin “Buddy” Worsham Scholarship, in honor of his dear friend who convinced him to come to Wake Forest. “I could not have attended Wake Forest University without the assistance of the scholarship,” said Brendan Gielow (’10).

In addition to supporting scholarships at Wake Forest, Palmer served as one of three chairs for the University’s fundraising efforts in the 1990s. He also served on the Board of Trustees from 1983-1997 and has been named a life member of the Board. He is also a member of the Wake Forest Society. 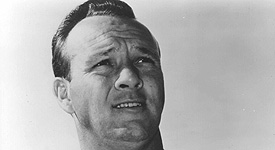 In recognition of his many contributions to Wake Forest, Palmer received the Distinguished Alumni Award in 1962 and an honorary doctor of laws degree in 1970. Also in 1970, he was enshrined in the Athletics Hall of Fame. Palmer Residence Hall was named in his honor in 1982, he served as Commencement Speaker in 2005 and as Honorary Orange Bowl captain in 2006.

Palmer has been quoted many times about his affection for his alma mater.

“I have had a love affair with Wake Forest since my undergraduate days,” he said during his commencement address in 2005. “But I didn’t realize until many years later what I had truly learned at Wake Forest, both in and out of the classroom, about the meaning of a productive and meaningful life.”