Entrepreneurs have the edge 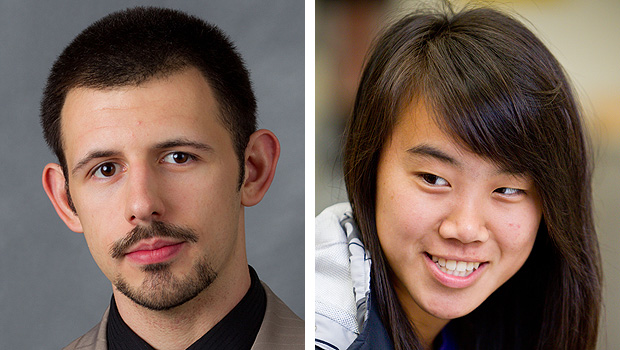 “Going in as a freshman, I knew I wanted to do something big, but I didn’t know what,” said Rae-Yao Lee, a first-year student at Wake Forest. Then the new CEO of Campus Cakes, Tyler Pruitt, suggested she become part of the team. “I thought if someone believed in me that much, I could believe in it myself.”

That is how Lee went from being a Campus Cakes customer to District Manager and part owner of the business started by Wake Forest students last year and sold to a new group of students this year. The service is especially appealing to parents who can order cakes delivered for student birthdays or other occasions. With the change in owners, Campus Cakes is updating its menu and website.

Polly Black, director of the Center for Innovation, Creativity and Entrepreneurship, says entrepreneurship is sweeping not only the United States, but countries around the globe. “One reason is people are feeling like they need to create their own opportunities,” Black says. “The world has reached a stagnation point in a lot of places and people are taking things into their own hands to create their own jobs.”

Black says the world’s economic situation explains part of the popularity, but believes a cultural shift is at its roots. “As the baton passes from the Baby Boomers to Generation X and Generation Y, there’s less interest in being a soldier in a big corporation. Gen X and Gen Y want to do it on their own terms. That change in mindset is also impacting the interest in entrepreneurship.”

Campus Cakes is just one example of how Wake Forest students take their ideas for products, services or nonprofits from the dream stage to reality. Several student-run businesses have made the transition from original owners to a new set of entrepreneurs, such as Wake Wash and Campus Cakes. Other businesses come to campus with students who started them while they were still in middle school or high school like Jonathan Williams’ Delightfully Daisy gourmet dog treats or Megan Van Buren’s Simply Megan, which offers handmade fair trade jewelry.

“An entrepreneur can come from any major,” Black says. “ It’s all about using inspiration to innovate – taking something you’ve seen in one area and applying it to a problem in another area. That’s the beauty of our liberal arts education.”