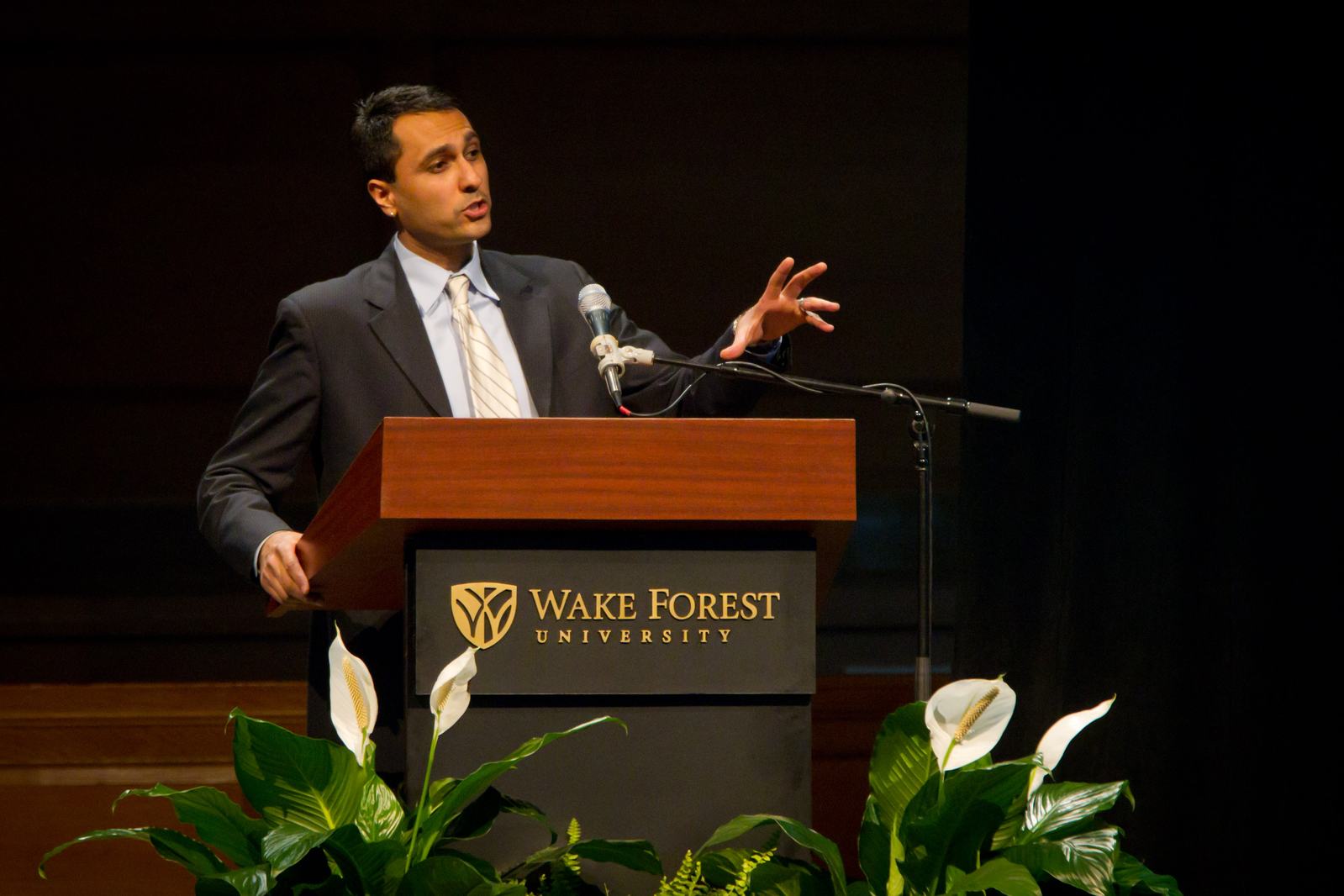 Bringing together people of all religious identities to form a bridge from religious intolerance and misunderstanding to a new reality where a diversity of faith is celebrated and used as a springboard to collectively achieve community goals is critically important, said Eboo Patel in a speech at Wake Forest March 1.

Patel, president and founder of the Interfaith Youth Core, spoke to students, faculty and community members at 6 p.m. in Wait Chapel.

To further the idea of interfaith cooperation, Patel said the frame of debate must change from arguments over which faith is better towards a discussion between those that accept the plurality of religious practices and those who seek to impose their belief as the singularly acceptable choice.

Yasin Ali, a sophomore who serves as the vice president of the Muslim Student Association said he was inspired to come hear Patel speak in hopes of learning how to be a more active and empowered member of the community, in addition to starting a dialogue between other religious groups on campus.

“Students tend to find their own groups, and by doing this we don’t take the time to talk deeply about these issues with people from other backgrounds,” Ali said. “I think if we start a discussion with other groups, we’ll find that we face a lot of similar issues, and maybe come away with a better understanding of each other.”

Patel echoed this sentiment as he emphasized the need for a higher level of interfaith literacy, particularly on college campuses, which he views as the starting point for changing the dynamic of interfaith relations throughout the entire country.

“By advocating for and building an interfaith community on college campuses, we create ecologies that will foster a new era of interfaith cooperation,” he said.

Melissa Rogers, Director of the Center for Religion and Public Affairs at the Wake Forest Divinity School, said,  “One of the strengths of Eboo’s approach is he does not suggest that people of faith need to paper over differences among religions. Rather, he recognizes that there are real differences among faiths and we should understand and respect those differences while joining hands to serve others and promote the common good.”

Eboo Patel came to Wake Forest to speak as a part of the Voices of Our Time speaker series, and has been a part of numerous interfaith efforts, including President Obama’s Advisory Council of the White House Office of Faith-based and Neighborhood Partnerships. He is a regular contributor to the Washington Post, USA Today and CNN.