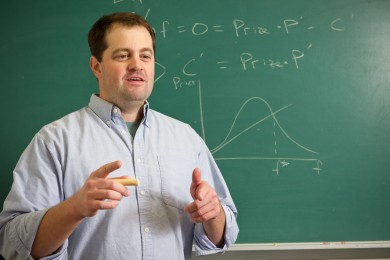 Hard hits are part of professional football, but allegations that the New Orleans Saints kept a pool of money to pay players to send opponents off the field on stretchers has raised questions about whether a tackle is a tackle or an attempt to deliver a game-ending injury. “The veil has been lifted on this part of the game,” says sports economist Todd McFall who is an expert in law and economics. “If a player has to retire or is deemed to be less productive because of an injury, and a team caught bounty hunting is found guilty of intent by the court, the injured player’s lost earnings plus other damages could mean tens of millions of dollars awarded to the damaged player.” McFall can talk about how damages incurred from successful suits might be calculated by a court of law.