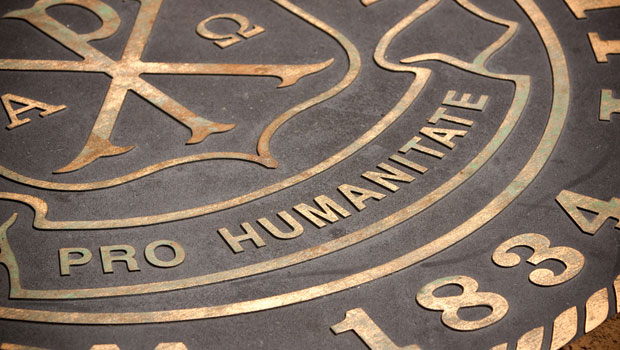 Director of the Wake Forest University Humanities Institute and Associate Professor of Religion Mary Foskett delivered the address for the annual awards dinner.

The liberal arts education is as valuable today as it was in the past, she said. “A broad and deep education that engages and integrates the humanities, arts, social sciences, natural sciences, math and technology enables the kind of thinking that bridges questions and navigates complex problems, unleashes creativity, fuels the imagination and inspires innovation.”

According to Foskett, the Association of American Colleges and Universities conducted employer surveys in 2007, 2008 and 2010 showing that a majority of today’s employers are interested in hiring graduates with a liberal arts education for their critical thinking abilities, teamwork experience and communication skills. “Moreover, they know that graduates of liberal arts institutions are likely to be more apt to move up the ladder because of their multiple skills and abilities,” she said.

Students are elected to membership in Phi Beta Kappa based on their academic record as well as good character.

The G.W. Greene Scholarship, given to the junior or juniors with the highest academic average, was presented to Roger K. Khouri, a biology major from Key Biscayne, Fla.; Kenneth A. Meyer, a political science major from Randolph, N.J.; and Katherine C. Wycisk, a political science major from New York, N.Y. The award was established in 1997 by Dr. and Mrs. W. Donald Moore in honor of Dr. Moore’s grandfather, the Rev. George W. Greene. Dr. Moore was in the first group of Phi Beta Kappa members to be inducted at Wake Forest in 1941.

Phi Beta Kappa celebrates and advocates excellence in the liberal arts and sciences. Its campus chapters invite for induction the most outstanding arts and sciences students at America’s leading colleges and universities. The Society sponsors activities to advance these studies — the humanities, the social sciences, and the natural sciences — in higher education and in society at large.

The first chapter was founded at the College of William and Mary in 1776; Wake Forest’s chapter was chartered in 1941.