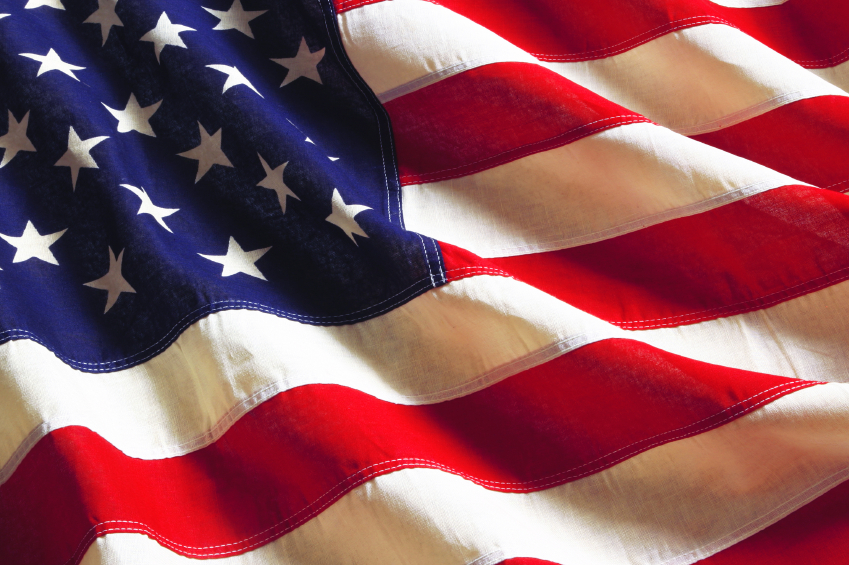 For junior Colby Moore, connections he made in Wake Forest’s Wake Washington program this summer led to an opportunity closer to home – working behind-the-scenes with CNN at the Democratic National Convention in Charlotte and getting a first-hand look at how a television network covers a national political event.

Moore, a politics and international affairs major from Greensboro, is among dozens of Wake Forest students and faculty benefiting from the convention’s convenient location in North Carolina.

“The students are constructing blogs, knowing their words will reach actual voters, opinionated critics, and even delegates at the Democratic National Convention in Charlotte,” Louden said. “This requires ownership, inviting students to ‘read between the lines.’  Writing blog posts also gives the students a feel for the time pressures of reporters, how to write for quick-moving audiences and what it takes to move beyond assumptions.”

Taylor Harvey, a senior politics major in Louden’s class, said he appreciates the chance to have a voice. “Students and young people in general are a demographic that is often undervalued, although that has begun to change due to their high turnout and activism in the 2008 election. Our generation’s values and opinions are solidifying right now, so savvy campaigns would be wise to listen up, take notes and tailor a campaign message that is relevant to us.”

Meenu Krishnan, editor of the student newspaper, Old Gold & Black organized a team of reporters, got media credentials and headed to Charlotte to cover the issues most relevant to young voters. On their news pages, they have been blogging, tweeting and photographing the convention. “We approached the convention from a student-centric angle, analyzing parts of the national Democratic platform and the convention speeches that apply directly to students such as health insurance and college loan rates,” Krishnan said. Although its more distant location meant she could not travel to Florida for the Republican National Convention, the newspaper is also analyzing the Republican platform from a young voter perspective.

Ten students and two faculty members—Katy Harriger, chair of the politics and international affairs department, and Peter Siavelis, professor of politics—were invited to a Town Hall meeting, “Conversations with the Next Generation,” hosted by The National Journal and The Atlantic during the convention. The Sept. 5 event brought together leaders from politics, media, business and social policy for a dialogue on critical issues with students and America’s young and emerging workforce. Before the event, the students had the opportunity to chat with Chuck Todd, the host of MSNBC’s “The Daily Rundown,” who moderated the event with Chelsea Clinton. Student government president Tre Easton had the chance to ask the panel a question about why individuals and leaders don’t listen more to each other and what can be done about it. 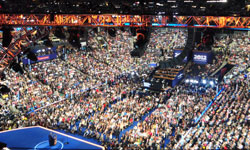 Taylor Prewitt, a leader in College Democrats, enjoyed attending the forum and the discussion of education and social issues and how young people can take ownership of what is happening in this country.

“The energy was crazy. We were so excited to be there,” said Prewitt, who also attended the Women’s Caucus in Charlotte. “I was 20-feet away from the first lady,” she said.

While in Charlotte, she and three other students involved with College Democrats—Emily Bachman, Easton and Grant Ferowich, were interviewed for a Winston-Salem Journal story.

When journalism program director Justin Catanoso got a call from the BBC looking for help from area college students at the convention, Renee Slawsky, who is a double major in politics/international affairs and Russian with a minor in journalism, jumped at the chance to work with the international news organization for a few days. Slawsky helped log tapes and worked with guests for a live radio program for BBC World Service.

“The energy at the DNC Convention in Charlotte was unbelievable,” she said.  “There were so many different groups so enthusiastically fighting for their cause here. It really goes to show that, while political apathy is a general cultural trend, there are still plenty of people who will really work to get their voices heard and take part in this democratic process.”