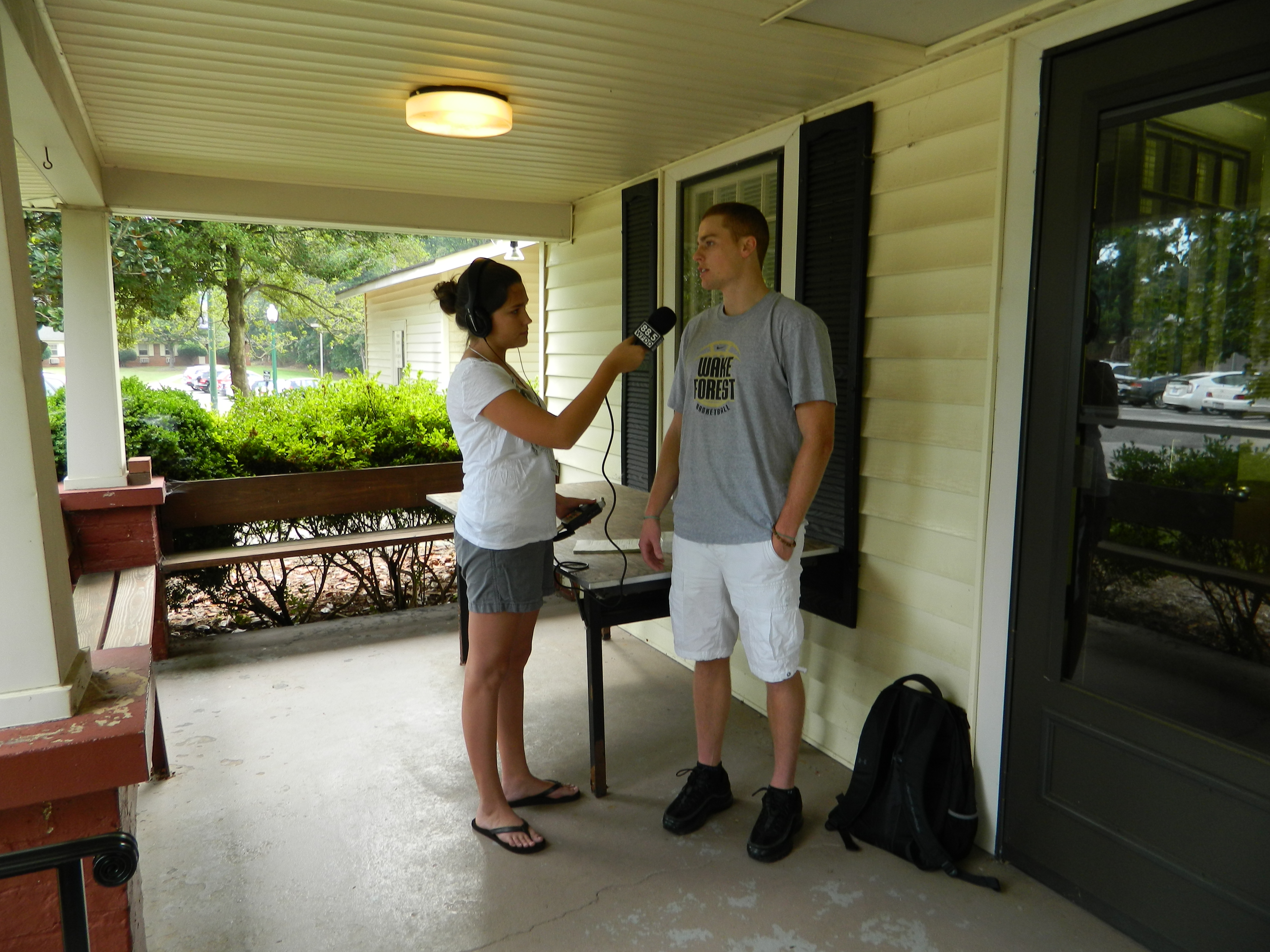 The ring of a wind chime … the chirping of birds … the start of a car’s engine.

Noises like these might blend into the background and go unnoticed for many people.  But, to the ten children enrolled in 88.5 WFDD’s summer radio camp, these “natural sounds” function as the first building blocks in producing a proper radio segment.

Upon their arrival, students are immediately thrust into the world of broadcast journalism, participating in an audio scavenger hunt that gets them acquainted with the recording equipment that radio staff uses. Throughout the remainder of their week on campus, students spend their time building interview and editing skills by creating an original two minute story for radio broadcast.

Camper Amber Mosier, a student from Paisley IB Magnet School, was struck by how much she learned during her time at camp. “It surprised me how easy it was to interview and talk with others after just a week here. “ 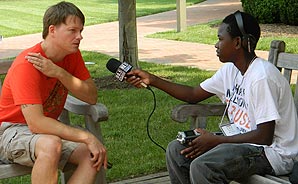 “We try not to contain them within the studio space. They end up spending a portion of their time out on campus,” says camp co-founder and WFDD employee Greg Keener, “The connection between WFDD and Wake Forest is very important, so it’s nice to be able to bring children from the surrounding area here and connect them with their community in a way that encourages education.”

It’s Pro Humanitate – almost literally. The students are encouraged to tell a story with a human connection, built around a local artist, leader, or other community figure.  Past subjects have ranged from local musician Adam Thorn to NFL veteran Ethan Albright.  Some figures owe their success to the education they received at Wake Forest.  This year, campers continued the tradition by interviewing people like Wake Forest Basketball player Spencer Jennings and local musician Doug Davis.

Through these interviews, students learn not only the individual journeys taken by their subject to find success, but the overall need for communication in their own lives.

Mosier said she enjoyed her experience so much. “If I heard that any of my friends were going to do Radio Camp, I’d say one thing – I’m coming back with you.”

WFDD’s Radio Camp runs in three sessions through late July and August.  Two of the camp sessions bring middle school students to Wake Forest, and one session is held in Greensboro. That’s an increase brought on by big demand. When Radio Camp began roughly two years ago, campers were only able to attend one location – Wake Forest – for one week.

“I think it’s grown largely due to the unique blend of education and community.  Kids are given a fun way to experience the world immediately around them, and the community appreciates the support and consideration,” says Keener.  “At the end of the day, that’s one way to spread Pro Humanitate … by reaching out to people and helping out when you can.”

Categories: Arts & Culture, Community, Engaging in the Arts, For Alumni, For Parents, Staff, Student, Working Together