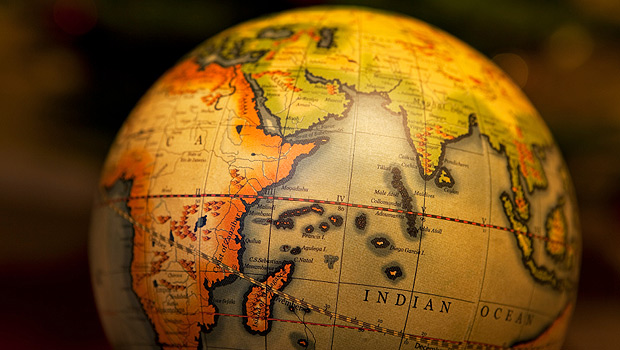 Nearly one-third of the world’s Muslims live as minorities in 149 countries, facing diverse, complex challenges as they attempt to maintain their Islamic identity. Politics professor Michaelle Browers and religion professor Nelly van Doorn-Harder have brought together a group of international scholars to look at these groups and explore why the issues confronting them are so important in today’s world.

Browers and van Doorn-Harder answer a few questions about Muslims as Minorities. To read more about this event, click here »

Q:  Why do you believe this topic is relevant and important to both Wake Forest and the community? 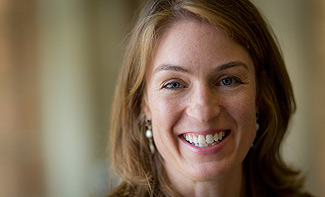 Browers: This is such an important issue and addresses general questions of what it means to be a citizen, what it means to be a believer, and how we can coexist with each other in the modern world where there is so much movement of ideas across borders. These humanistic questions, it seems to me, would be of interest to a much broader audience. We have a growing number of faculty on this campus who have an interest in the Middle East and students who are interested in the Middle East. We have an expanding Arabic program and have many people minoring in Middle East and South Asia studies. My hope is that even though this is an intellectual exchange, the conversation will be meaningful to a wide range of faculty, students and community members.

van Doorn-Harder: I think it’s very important for students to become aware of all of these issues because they are very vital in our contemporary world. There are always cases of bias and discrimination, and we have these fixed ideas about where they take place, but we forget that situations change all the time. I think it’s important for students that we as professors become more aware of what is happening so we can translate that into our classes.

Q: What was the initial driving force behind the conference? 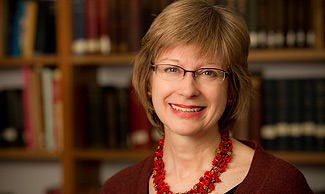 van Doorn-Harder: Since the Arab Spring in Egypt, Muslims have been in the news a lot, in a mostly negative way. We need to look at who the minorities in the Middle East are, what their positions or situations are and how they negotiate problems in society. I thought it was a good time to gather a group of international scholars here at Wake Forest to discuss these issues from a variety of angles. I am originally from the Netherlands where we have a large Muslim population that is often approached in very Islamophobic ways. There are a lot of people there who are the same age as students at Wake Forest and are second and third generation, they’ve grown up in the Netherlands, they speak the language perfectly, they go to high school and universities. They are fully settled in, and still they are not looked upon as Dutch, but as Muslims.  For many years, I have studied Coptic Christians in Egypt, a minority group with its own challenges.

Browers: I work on Arab and Islamic political thought, and I’ve been writing on two very significant political thinkers: Muhammad Husayn Fadlallah from Lebanon and Yusuf Qardawi from Egypt. I had noticed the way in which they were speaking to two audiences, one that was transnational or global, and one that was local. That was the academic basis for the conference. Also, I have this fantastic colleague in religion, Nelly van Doorn-Harder, and I was looking for ways to connect with her so that we could collaborate.

Q:  What are some of the biggest challenges you think Muslims face as minorities, and what will you address here?

van Doorn-Harder: Whenever there are social or economic or political problems or crises, the minorities in countries are in a very vulnerable position. I hope that we can really look deeper at the roots of that kind of behavior and what minorities themselves do or can do to counter these situations. There is this polarization in the Muslim world. Ahmadiyyahs who have lived in Indonesia for over one hundred years are suddenly being attacked, their villages burned to the ground and are becoming displaced persons in their own country. That is new. And, then we look at Iraq with the Sunni/Shi’ite issue there, which was aggravated by our invasion. Those issues have come much more to the forefront in the last 20 years. Muslims are moving away from where they used to live which creates new situations, and so part of what the conference is discussing is how people are negotiating these situations. The hope is that we will see certain themes emerge that can interact and that have more in common than one would think at first sight.

Browers: We’re going to look at the issues Muslims are facing not only in North America, but also in Europe, Africa, China and South Asia. We have a global scope to the conference. We’re addressing issues, and all the questions that one would have who has a significant difference from the majority population in a new country. There are Muslims throughout the world now, so many have left those majority contexts. There are also many people converting to Islam, so it’s a growing religion in a number of contexts.

Q: What are the highlights of the conference?

Browers: We have two keynote addresses, Peter Mandaville – who looks at transnational Islam and Muslim identity issues, will speak on Thursday night. Friday night after the first day of panels, our second keynote speaker, John Bowen, will look at Muslim groups in Europe, predominantly England, and the issues that are raised there after 9/11 in particular.  We have scholars from all types of fields such as history, religion, political science and literature, 19 of which are from the U.S. Scholars are coming in from Turkey, Ethiopia, Greece, Belgium, Hong Kong, the UK, Israel, Canada and the United Arab Emirates. We also have opportunities for students to interact with speakers. Groups of students are going to have lunch as part of our  “Take a Visiting Scholar to Lunch” session.

Q: What are your goals for the conference?

Browers: Our main goal is to get a conversation started on campus to educate people about the Muslim faith and hopefully to plant the seeds for future instances of cooperation and collaboration among the faculty, as well as between the faculty and students to study minority issues. We want people to engage in these areas of study on a national level and to raise the standing of Wake Forest as a center for discussion. Although many international conferences have occurred on campus, we’re not always seen as a place that’s a center of Middle East and South Asia studies. We plan to publish the best papers from this conference in a series of journals. We’ll see if we want to do a book out of it. This is the starting point of the conversation.