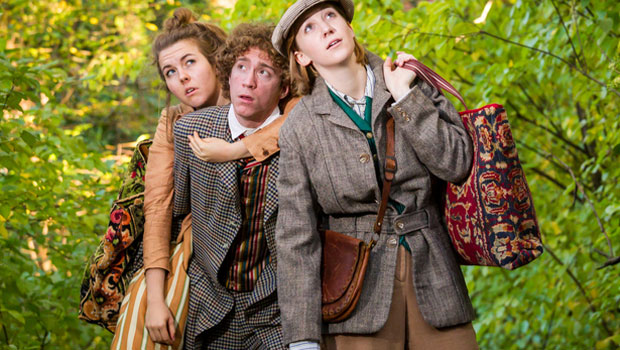 If all the world were a stage, and all men and women were players, then Shakespeare’s “As You Like It” would be easier to understand — at least that’s what Wake Forest theatre professors say.

That Shakespeare’s plays are challenging is a sign they are not meant to be quietly read to oneself, at a desk, in a classroom. They are meant to be performed.

“I don’t read Shakespeare well,” says Sharon Andrews theatre professor and director of Wake Forest’s upcoming performance of “As You Like It.” “I empathize with high school students trying to read these plays. The words have to have some ‘doing’ behind them to be understood.”

To teach his students how to teach Shakespeare, Brown collaborated with the theatre department. A timely option considering “As You Like It” was in rehearsal.

“There’s no secret handshake to understanding Shakespeare,” said theatre professor Brook Davis. “What it takes is seeing the play performed. Shakespeare’s plays are meant to be experienced.”

The lesson for future high school teachers is to “get the play on its feet.” Have students role play parts in the classroom. “The minute you put yourself in someone else’s shoes, you have a vested interest in the material, even if you don’t understand every word,” Roy says.

Brown’s students read Act 1, Scene 3 of “As You Like It” to themselves at the beginning of the class. Then, they read the scene aloud on the stage. Finally they watched the same scene performed by Wake Forest student actors. Alyssa Gera (‘15), who plays Rosalind in the upcoming production, told the future teachers “reading Shakespeare aloud gives you a sense of what it feels like in your body and how it feels on your tongue.”

The education students enjoyed watching the performance, but Brown said his students were thrilled to be on the big stage practicing. “In the future, I would love to make this a longer seminar so students can spend more time physically planning and performing these scenes. My goal is for English teachers to be prepared and excited to teach Shakespeare so they can make it come alive for their future students.”