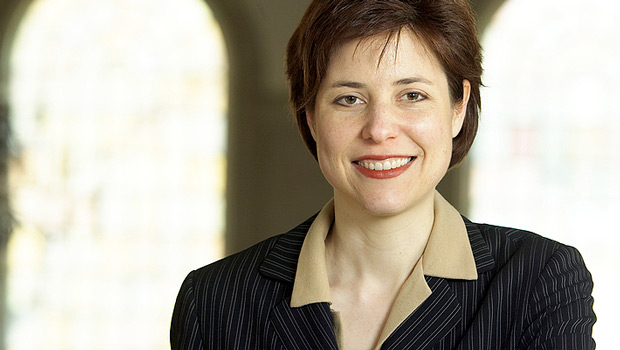 Melissa Rogers, who teaches in Wake Forest University’s School of Divinity, has been named the new director of the White House Office of Faith-Based and Neighborhood Partnerships.

Rogers has led the Center for Religion and Public Affairs at Wake Forest University School of Divinity since 2004. The Center has promoted research, study and dialogue regarding the intersection of religion and public affairs.

Rogers has taught courses on church-state relations. In the fall, she taught “Christianity and Public Policy” with divinity school faculty member James Dunn. Perry Dixon, a divinity school student in the class, wrote about his experiences in this blog.

“The context she has given our students in D.C. has been invaluable,” said Gail O’Day, dean of the School of Divinity. “Every year, they get to meet with the ‘A’ list of movers and shakers in D.C., and it has had a lasting impact on our students. They are much more sophisticated about the ways religious leadership and politics intersect. Melissa has been a good guide for them for the important issues of church and state that are often so complicated in the U.S.”

Because of her teaching at Wake Forest, Rogers has a lot more experience with what “religion on the ground looks like,” O’Day says. “The questions that School of Divinity students ask have given her a glimpse into what is important to today’s religious leaders.”

In a statement posted March 15 on the White House web site, Rogers says, “I’m honored to be appointed s the director of the White House Office of Faith-Based and Neighborhood Partnerships. … It is a privilege to serve President Obama and my fellow Americans by forging and promoting a wide range of effective partnerships to help people in need.”

Rogers also serves as a nonresident senior fellow with the Brookings Institution and has held other leadership roles focused on religion and public policy. She previously served as the executive director of the Pew Forum on Religion and Public Life. In 2009, President Barack Obama appointed her chair of the first Advisory Council on Faith-based and Neighborhood Partnerships. She has testified before the Constitution Subcommittees of the Judiciary Committees of the U.S. Senate and House of Representatives.

“As happy as we are for her and for the country, it will be a great loss for us,” O’Day says.  “We will look for new ways to partner with her in her new role.”