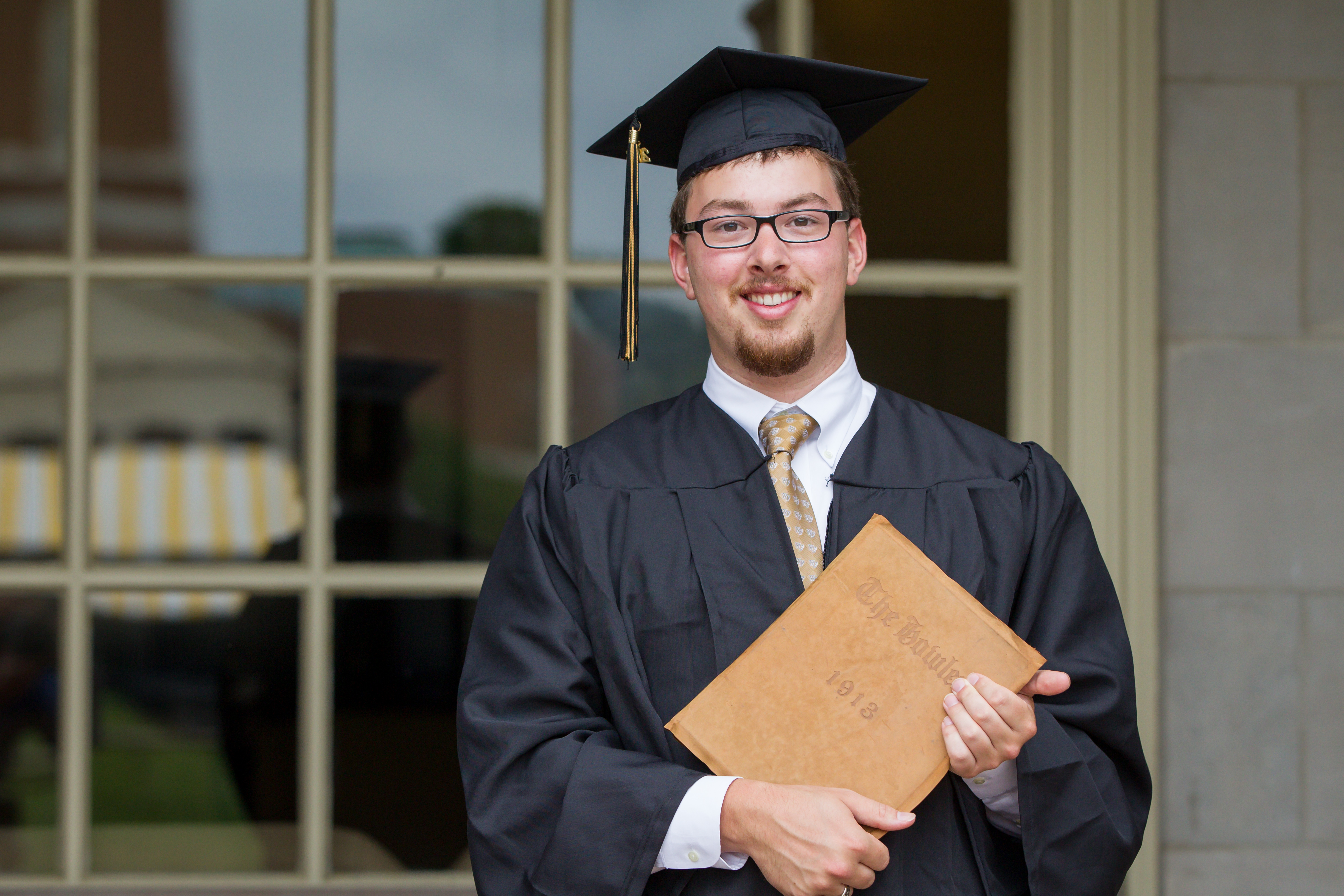 When Winslow walks across the stage to get his diploma, it will be exactly 100 years after his great grandfather Albert Rufus Phillips earned his Wake Forest degree in May of 1913.

The tan, leather-bound yearbook, with the formal black and white photo of his great grandfather, ties him to his family’s impressive five-generation history with Wake Forest.

As a Wake Forest student soon after the turn of the 20th century, Albert Phillips studied Greek and Latin, lived in a boarding house, ran track and prepared to be a minister. 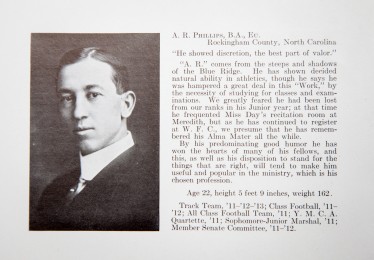 One hundred years later, his great grandson studied Spanish and mathematical economics, lived in Polo Residence Hall, played golf and prepared for a career in business.

While many things about Wake Forest have changed in a century, Winslow says one thing remains the same: “The quality of the professors.”

“That is why people come here. It is why they have always come to Wake Forest.”  Among his favorites: Eric Carlson in physics and Fred Chen in economics.

Five generations of the Phillips/Winslow family with graduation years

Nearly 40 years after Albert Phillips got his Wake Forest diploma, John Dalton Phillips enrolled. As a high school senior, he traveled from his home in Stokes County to Wake Forest with his father and two of his high school friends. “Come and bring your $50 to register for summer school,” the bursar, E.B. Earnshaw, said to him.

Soon, he had his own favorite professors: Jasper Memory in education, K.T. Raynor in math, Owen Herring in religion and Hubert Poteat in Latin.

After graduation in 1913, Winslow’s great grandfather went on to seminary. Then, he and his wife served as missionaries in Buenos Aries, Argentina. Later he became pastor of First Baptist Church in Nashville, N.C. Finally, he moved back to the family’s home place in Stokes County in 1927 and was a teacher and principal in a number of schools in Stokes and Surry Counties.

Back to the beginning

John Dalton Phillips has the 1875 class picture hanging on the wall in his Raleigh home.

“I don’t think there’s another legacy like this. It makes me excited and proud and gives me goose bumps,” said Winslow’s mother, Catherine Phillips Winslow, who recalls driving over to the Old Campus with her father and visiting with her father’s friends and professors when she was growing up. She remembers the sense of history and belonging. 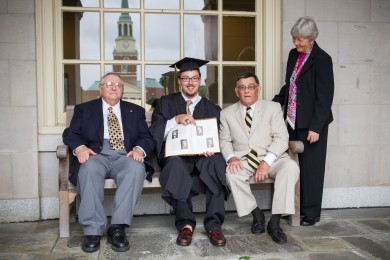 “John made up his mind in seventh grade that he was going to make straight As and get into Wake Forest,” Catherine Winslow said.

Was her son pressured to follow in the family footsteps and become a Demon Deacon? No, John Winslow said, even though his father Robert Raymond Winslow III is also a Wake Forest graduate.

“It came down to what was going to be the right spot for me. I set foot on campus and it was magical, and I thought, ‘this feels like home.’”