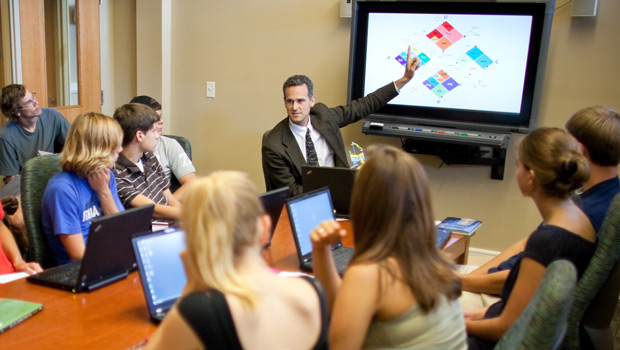 The guide also ranked Wake Forest 11th on its “Strong Commitment to Teaching” list, 34th on its “Great Schools, Great Prices” list and recognized the university for its commitment to economic diversity among its students.

“We are pleased that the exceptional, personalized education Wake Forest provides is recognized in these rankings,” said Wake Forest University President Nathan O. Hatch. “With a focus on educating the whole person, Wake Forest’s dedication to excellence in both teaching and research continues to distinguish us among the nation’s finest universities.”

The guide highlighted Wake Forest’s 11 to 1 student/faculty ratio as well as small class size. Fifty-nine percent of undergraduate classes at Wake Forest have fewer than 20 students and only 2 percent of Wake Forest’s classes have more than 50 students, the lowest of any top 30 school.

Wake Forest had a strong showing in many categories including alumni giving rates, faculty resources and freshman retention rates (94 percent of first-year students returning for sophomore year).  For the fourth year, U.S. News asked high school counselors to rank the top colleges and universities and Wake Forest was rated 4.4 on a five-point scale.

The Wake Forest School of Business undergraduate program was ranked 34th in the nation among a total of 401 accredited business schools that were considered. In the U.S. News and World Report specialty ranking, Wake Forest ranked in the top 5 percent nationally at 18 and secured its top-20 position in the Accounting category for the fifth consecutive year.

The U.S. News rankings are posted on www.usnews.com.