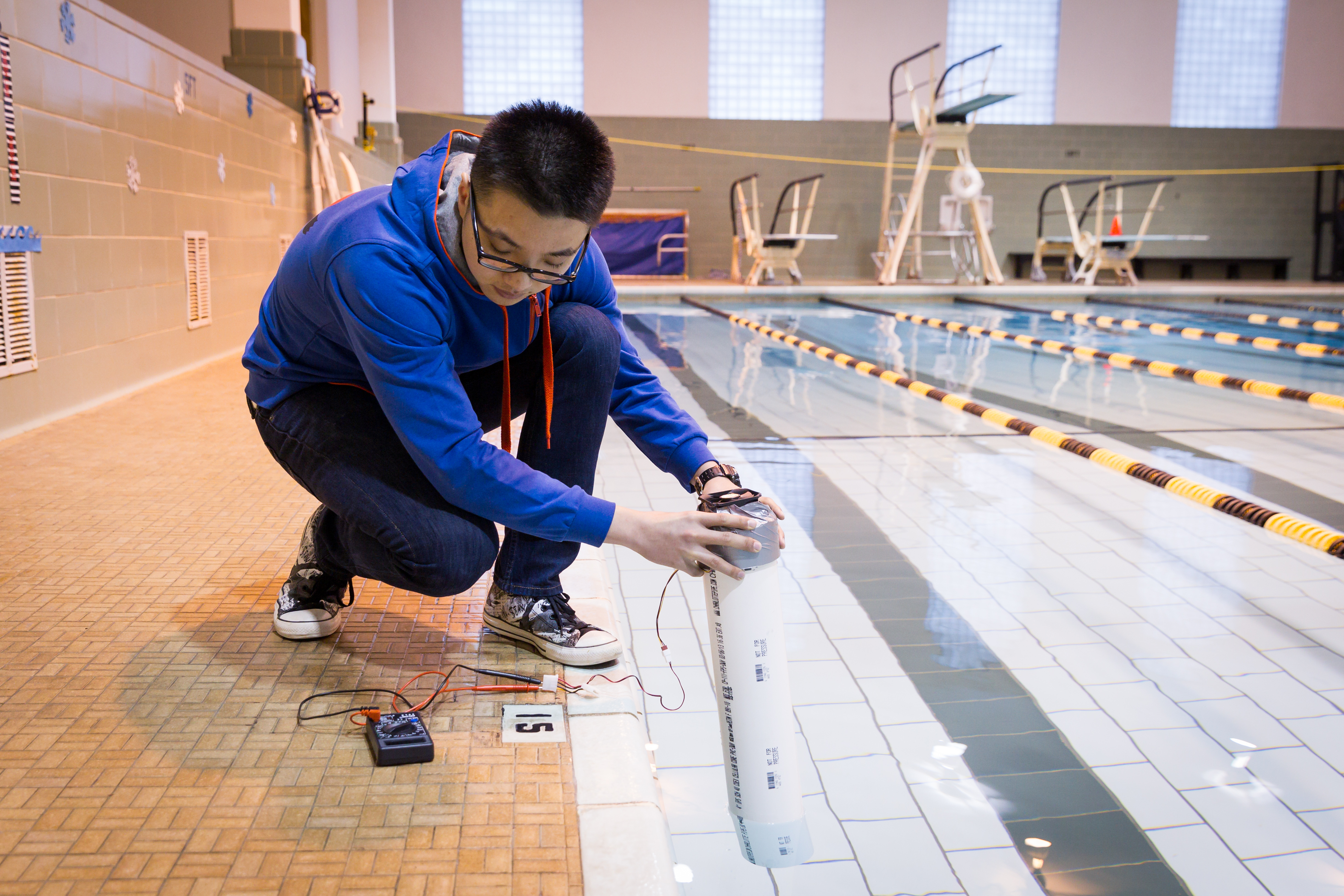 Could power generated from swimming laps create the next wave in sustainable energy?

With the help of an oscillating water column and a summer undergraduate research grant, sophomore Yinger ‘Eagle’ Jin discovered waves made by swimmers in the campus pool produce enough electricity to power 10 100-watt lightbulbs for a day.

Jin’s research, inspired by Assistant Professor of Mathematics Sarah Mason’s first-year seminar class on the mathematics of sustainable energy and funded by the URECA Center, lends new insights into how wave energy is captured and used.

Jin constructed an oscillating water column, one of the most productive wave energy converters available, to test the amount of electricity that could feasibly be produced by the pool’s waves. It uses a large volume of moving water (in the case of Wake Forest’s Reynolds Gym pool, the waves generated by daily swimmers) as a piston in a cylinder. Air is forced out of the column as a wave rises and fresh air is drawn in as the wave falls. This movement of air turns a turbine at the top of the column, which ultimately converts the wave energy to electricity.

“During the class we looked at the amount of energy that can be produced from sustainable energy sources on Wake Forest’s campus,” Mason said. “Wave energy was something we talked about but obviously we don’t have an ocean here and lakes don’t typically generate many waves.” 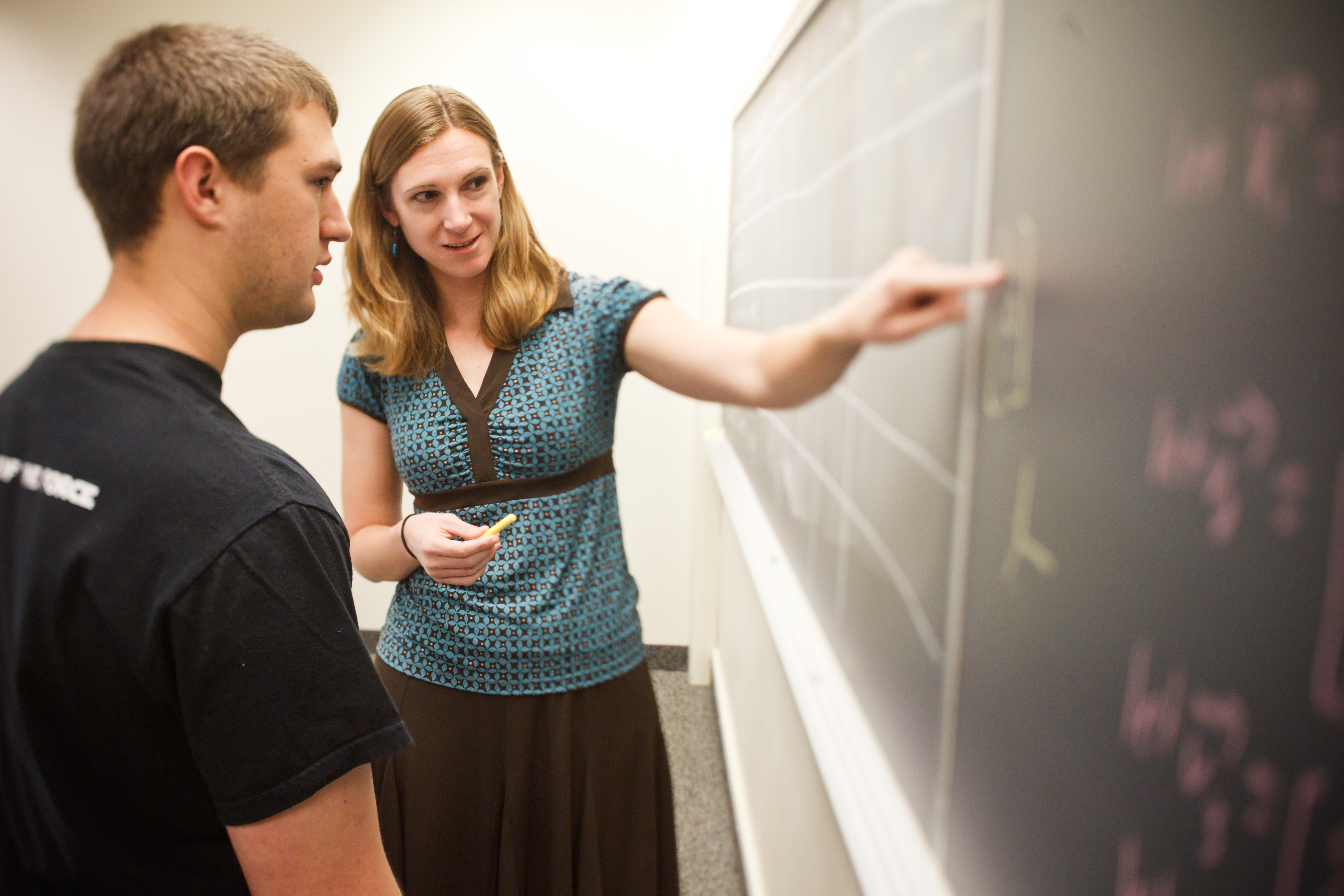 Jin, an avid swimmer, thought there might be enough waves in the campus pool to generate a small amount of electricity.

“We are talking a very small scale, but recreational swimmers produce a decent amount of waves,” Jin said. “The concept is similar to the idea that at a regular gym you have exercise bikes that are powered by someone spinning the pedals.”

Jin calculated that on an average day during the school year, the swimming pool is open 10 hours and 10 people swim each hour. He said if each person swims butterfly stroke, collectively they will generate enough waves to produce 10 kilowatt-hours of electricity.

Jin used his water column to produce a small amount of electricity and to measure the period and height of waves in the pool over the course of a day.  He then used this data to build a mathematical model for determining electrical energy output from waves. Rob Erhardt, a statistician in Wake Forest’s math department, helped Jin and Mason with their calculations and applying the math to the specific case of the pool.

Mason said the plan is to follow up on the research she and Jin conducted over the summer with a trip to North Carolina’s coast.

“There is certainly room for continuation in Eagle’s project; in particular one publishable goal is to calculate how much energy could be produced through wave energy off the coast of North Carolina,” she said. “We have computed rough estimates but would need to factor in more details and be more precise if we wanted to get an accurate prediction.”