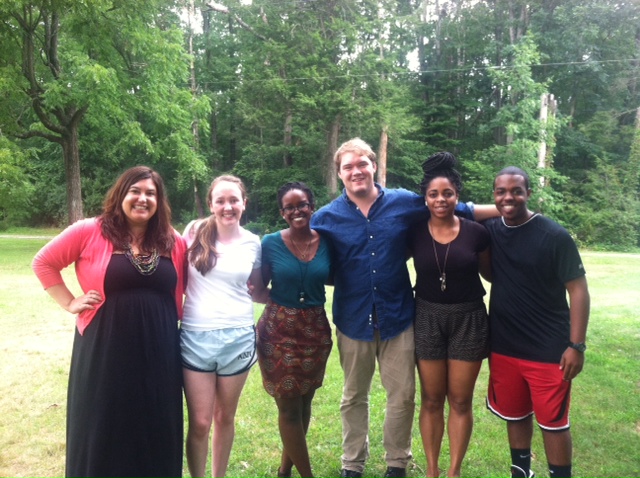 Last month, a delegation of Wake Forest students headed to Bucknell University to participate in the inaugural PULSE Institute, a new college retreat program designed to explore identity, leadership and inclusion. Wake Forest was one of 14 colleges and universities to participate.

PULSE is the latest addition to the International Institute for Sustained Dialogue’s work on campuses to build more inclusive and engaged environments and shape lifelong leaders and problem solvers. The Institute was held July 20-25.

“While at the retreat, we were constantly reminded to listen deeply and be changed by what we heard,” said Sonia Kuguru, one of the five students who attended. “By listening deeply, we can start to break down the barriers we talk about so often and see people for who they are, not who society tells us they are.”

The group went through a number of deeply personal and challenging exercises to help everyone think about stereotypes and barriers to understanding, said Marianne Magjuka, director of civic engagement, global service and justice programs at Wake Forest who attended the conference with the students. “In the five days we were together, we came face to face with the limitations in our own ways of thinking about and engaging with others, which is often inadvertent and difficult to recognize.”

In one activity, students formed two circles and descriptors were read aloud related to socio-economic status. Students stepped forward or backward if the statements applied or did not apply to them personally — leaving a visual representation of the differences. Another had students talking about the stereotypes related to their own racial and ethnic backgrounds.

“We had to be honest with each other to have productive conversations,” said Magjuka. “It was emotional, and it was clear that these kinds of discussions don’t happen easily. They require real commitment between people to have truthful and sometimes difficult conversations.”

The five students who traveled to Lewisburg, Penn., for the Institute included: Chizoba Ukairo, a member of WFU’s NAACP chapter; Gracie Harrington, an activist for Wake Forest’s Gay Straight Student Alliance; Javar Jones, a leader in service and student government; Nick Bennett, an advocate for access to healthy food for all people; and student trustee Kuguru.

At the PULSE Institute students and advisers both experienced the retreat curriculum firsthand and leaned how to implement the program back on campus. The Wake Forest team is planning a spring event to bring their experience to others.

“Part of our vision for Wake Forest is to help one another recognize and acknowledge that every human being has a story, valid feelings, talents, hopes, fears and beauty. Part of being in community is listening and learning and growing from those interactions with the people around you,” said Kuguru. “It is our hope that our retreat experience will start a domino effect on campus, where all students feel heard, feel acknowledged and grow to their fullest potential.”