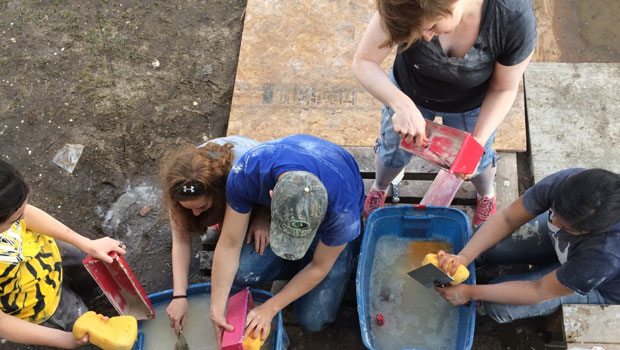 While many of their classmates headed for the beach, 140 Wake Forest students piled into vans that would take them to locations across the country to engage in community service during the week of spring break.

Wake Alternative Break (WAB) is an alternative spring break trip that focuses on service and bringing the spirit of Pro Humantitate to others. Small groups of students led by two student leaders travel to different service sites throughout the country to help those in need. WAB has steadily grown—over the past five years, they’ve doubled the amount of trips offered from five to 10. This year, however, a record number of students showed interest, so WAB offered 12 trips.

Students contributed to Tumblr blogs throughout the week

“WAB kick-started my involvement with service on campus, so I’m proud that it’s been growing,” said Jason Guo (’16), a student leader for the WAB Snowbird Cherokee Community trip. Students on this trip immersed themselves in Cherokee culture and worked with both children and senior citizens.

WAB recently transitioned from being purely service-based to also focusing on social justice issues ranging from poverty to civil rights.

“A lot of our trips are not only asking students to do service but to work collectively to think about social issues and to think about their role in creating positive social change,” said Shelley Sizemore, the WAB advisor and assistant director of the Pro Humanitate Institute.

Students break down the issues they face at the end of each day when the student leaders call them together for service reflection.

“I went on the Snowbird Cherokee trip my freshman year and it was eye-opening,” Guo said. “I learned a lot about how their culture has been adapted into modern day life and the issues they face. I wanted to share the same experience I had two years ago with my group.”

This year, three of the student groups visited sites observing significant anniversaries. Nearly 10 years have passed since Hurricane Katrina, and both the New Orleans Rebuilding Together and New Orleans Interfaith trips visited communities damaged by the storm.

“When Hurricane Katrina occurred, it not only ravaged a city, but it uncovered many deeply-rooted racial and socioeconomic issues,” said Erin King (’17), a student leader for the Rebuilding Together trip. “I believe that a service trip such as this one really embodies Pro Humanitate because what we are doing is helping our fellow human beings in hopes of creating a better environment for everyone.” 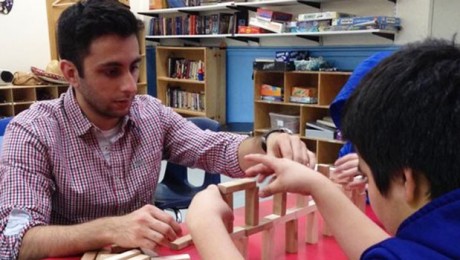 Similar themes were encountered on the Civil Rights Tour trip, which started in Atlanta and visited key sites of the civil rights movement in Montgomery, Selma and Birmingham. The trip stopped in Selma on the 50th anniversary of Bloody Sunday, the day on which civil rights marchers were attacked for attempting to march from Selma to Montgomery for full voting rights. Student volunteers walked across the Edmund Pettus Bridge with thousands of people, including President Obama, to commemorate the events of that day.

Whether confronting national issues or concerns close to home, Sizemore hopes that the student volunteers have returned to campus with a greater sense of self.

“What we want students to come away with is an understanding of their own agency and a feeling of what it means to be a citizen,” Sizemore said.