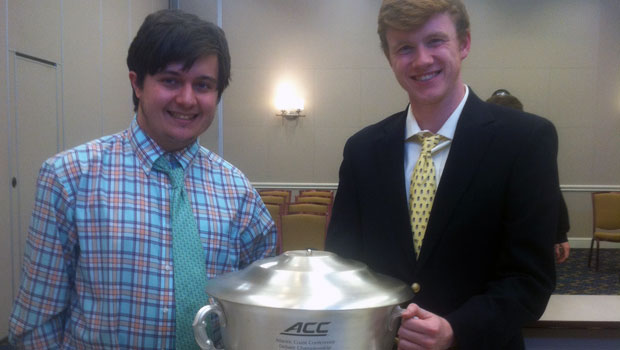 The Wake Forest debate team brought home the ACC Debate Championship for the second year in a row. The championship was held at the University of North Carolina April 15-17.

The Wake Forest debaters, freshman Adam Tomasi and junior English major Jack Manchester, were undefeated, winning over University of Miami in the finals. The final round can be viewed here.

The topic for the debate was “Resolved: That the United States should adopt substantially stricter gun control regulations, including a prohibition on carrying firearms at college and university campuses.”

Jarrod Atchison, associate professor of communication, serves as director of the debate program.