“I can assure you that Wake Forest University’s commitment to building an inclusive and equitable community is unwavering.”

HB2 is a controversial law that limits protection for the LGBTQ community in North Carolina. Its major provisions include requiring people to use bathrooms and changing facilities in government buildings and public schools that correspond with their biological sex on a person’s birth certificate rather than their gender identity. It also created a mandatory statewide anti-discrimination policy that does not include protections for sexual orientation or gender identity. Read more about HB2.

Recently, Oakes underscored this message before hundreds attending a panel discussion called “Beyond Bathrooms.” The LGBTQ Center, Division of Campus Life, and Office of Diversity and Inclusion sponsored and organized the event on April 18 to help students, faculty and staff learn more about the impact of HB2 – on and off campus – as well as opportunities for civic engagement. 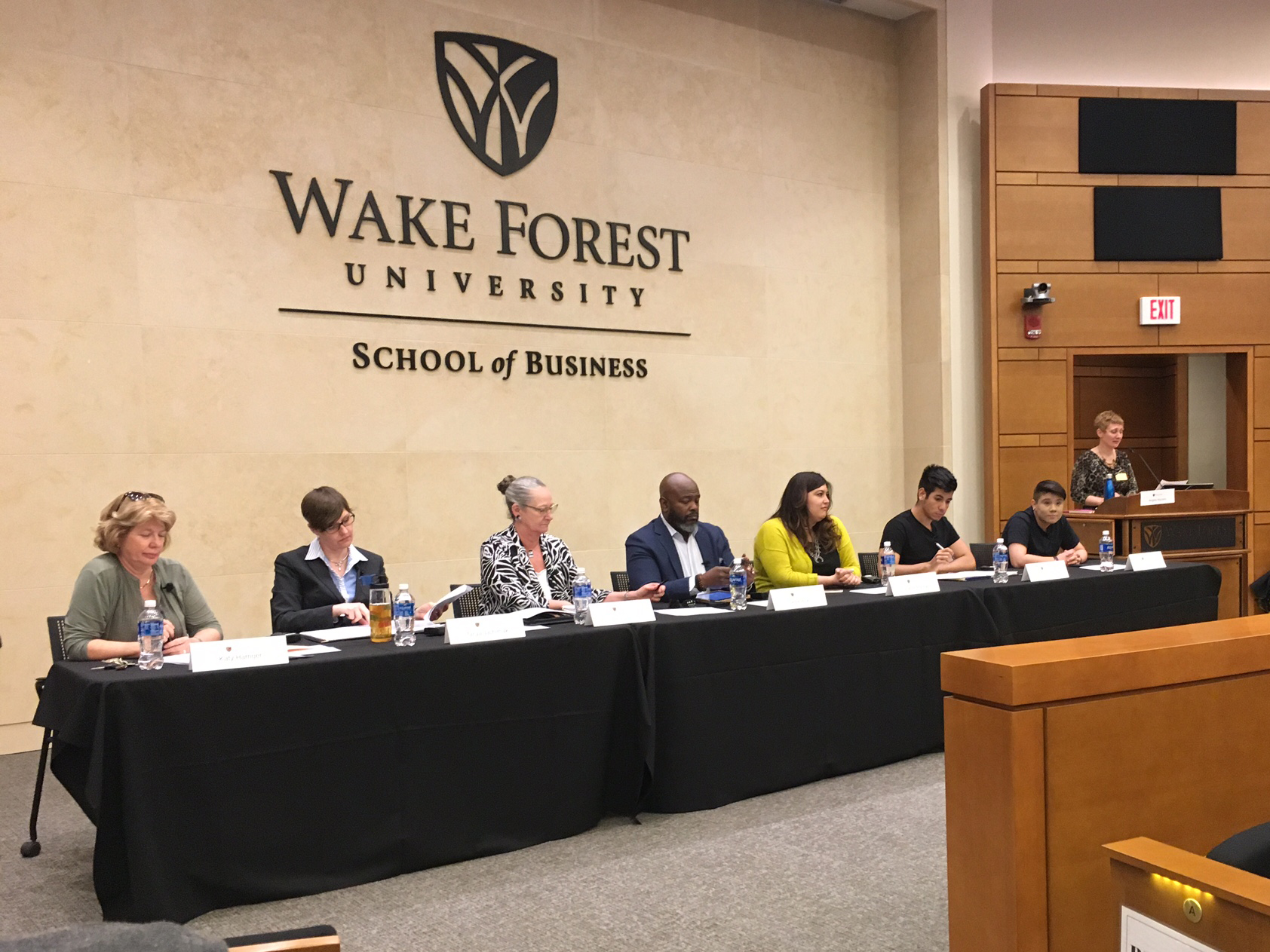 “The argument is that this is a common sense bill. It’s not common sense at all. It’s not common sense to disenfranchise any group of people in the United States, which is the freest country in the world. The democratic process includes dissent, but when it comes to the protection of people, we really have to protect as many as we can,” said Caban-Cubero, a junior double-majoring in politics and international affairs and religion.

“Beyond Bathrooms” is just one way the campus community continues to show support for the LGBTQ community and demonstrate Wake Forest’s commitment to inclusivity and diversity for everyone.

The LGBTQ Center, along with an army of allies and advocates, has organized numerous campus events, mobilized scores of activist students and served on the front lines of equality in the face of adversity. Immediately following the bill’s passage, the Center hosted a moment of solidarity on the steps of Wait Chapel to take a stand against the discriminatory legislation. Since then, students and staff have arranged transportation so interested parties can attend rallies, City Council meetings and other events off-campus.

Moment of solidarity on March 24

“Wake Forest University’s commitment to diversity and inclusion remains unwavering and our non-discrimination statement includes protection for gender identity and sexual orientation. The new law does not apply to private institutions and will not impact Wake Forest’s employment practices, educational programs or campus activities in any way. Wake Forest underscores its commitment to creating an inclusive environment for all members of the University community as well as visitors to our campus.”

At their first meeting since the resolution passed, College faculty also adopted a resolution against the law urging the North Carolina General Assembly and the Governor to repeal House Bill 2. The Faculty Senate passed a similar resolution.

President Nathan Hatch also voiced his opinion in a message to the campus community. “The divisive nature of HB2 is in sharp contrast with the inclusive values of Wake Forest. For this, among other reasons, I wish to make clear my opposition to it.”

Ongoing support for advocacy and allies

Today Wake Forest has a more diverse student body than ever, and ensuring everyone feels safe, valued and respected is a top priority. Current efforts are building on decades of work by students, faculty and administrators to continually support programs, enact policies and create educational opportunities that contribute to a positive campus climate.

Wake Forest established the LGBTQ Center in 2011 to provide support and advocacy to Wake Forest University’s lesbian, gay, bisexual, transgender, queer and questioning students, faculty and staff, and education to the entire campus community about issues of gender identity and sexual orientation. Examples include: 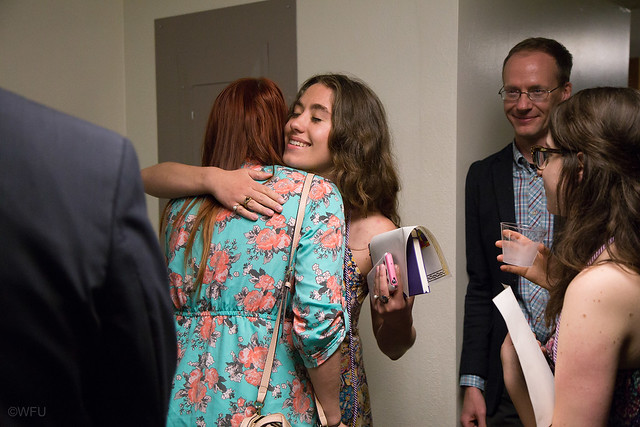